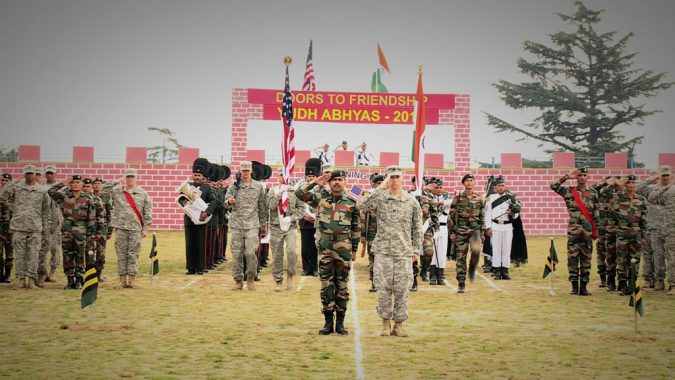 Balreet Kaur Khaira, a US Army staffer is playing a vital role in uniting the US and Indian Army soldiers. Her abundant knowledge in Urdu and Hindi languages has helped the US Army during their military exercise in India and in the conflict zones of Afghanistan and Iraq.

Balreet is playing a vital role as interpreter between the Indian and US forces and with the locals in the region. The 12th edition of ‘Yudh Abhyas’ is currently ongoing at Chaubatia in Uttarakhand. The Congo brigade of Indian Army and over 400 US Army personnel are taking part in the joint exercise.

This military exercise will help both the US and Indian Army to learn more about the each other’s tactical drills, weapons, organizational structure, and equipments. The 12th edition of Army exercise between the US and India began on 14 September, and the training program will end by 27 September. 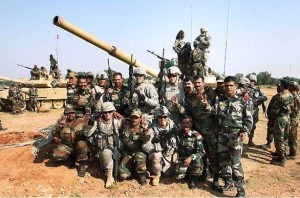 It is reported that Balreet acted gallantly in helping soldiers from each side to communicate with each other, and acted as an expert interpreter in addition to her role as an Army staffer. The 27-year-old Balreet Kaur was born in Punjab and raised in Chandigarh. Her expertise in Urdu came handy, when she was posted in the conflict zones of Afghanistan and Iraq.

Balreet said, “I know Hindi and Urdu, and that helped me a lot in Afghanistan. I was able to connect with the locals and they too were happy to communicate.” However, she admits that it was not easy for her in her initial days as a US Army soldier. She added, “There were only few Indians working in the US force (when I joined in 2004). Being a woman, it was not easy to adjust.”

Balreet was 14, when her family moved to the United States in 2001. She further added, “My father is in port business and kept on moving to different countries before deciding to finally settle down in the US. We reached America a week before 9/11. Post the attack, Indians and Sikhs in particular faced lots of issues.”

Balreet joined as a soldier in US Army’s medical wing before moving to the infantry division. Fellow troopers have given the nickname ‘cultural diplomats’ for Balreet and her sister Jasleen, who is also working in the US Army. This is the third time Balreet and her sister, Jasleen is participating in the ‘Yudh Abhyas’ military exercise program.