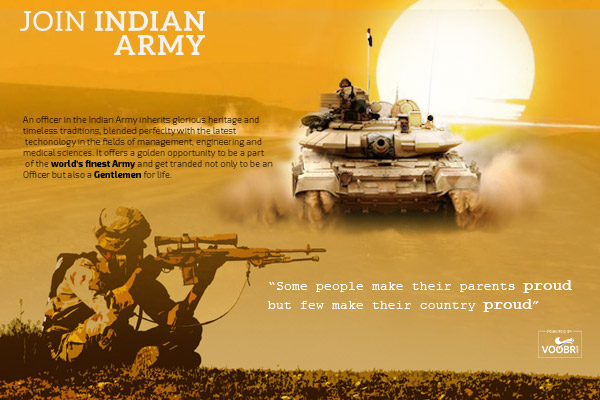 As such there is no need for any special preparation to join the Army. A candidates should have a good awareness level of national, international affairs, should be physically fit and mentally agile. Those aspiring to join the NDA or IMA/OTA need to refer to UPSC website or newspaper notification for the detailed syllabus of the written exam of respective entries. The candidates are shortlisted for SSB on the basis of UPSC exam (CDSE) for UPSC entries and on basis of percentage in case of non UPSC entries. The SSBs have a five days testing schedule, other than the day of arrival/reporting. These tests not only look at physical fitness but also assesses the various shades of personality. The exact schedule of tests may be varied depending on the number of candidates to be tested. Details of testing are given below:-

(a) DAY-I (Stage-I). Stage one selection system includes the following:-

(ii) Picture Perception and Description Test. A picture is flashed for 30 seconds. The candidates have to broadly note down seven basic parameters viz number of characters, age, sex, mood, action relating to past, present and future for each character in one minute. Time for story writing is four minutes.

(iii) Discussion of the Picture – 30 Minutes. In this phase, batch is divided into different groups. Strength of group is around 15 candidates. Each candidate narrates his individual written story verbatim. Subsequently, in Part-II, all the candidates have to discuss amongst themselves and achieve a common consensus about the characters and theme of the story. Once all candidates have undergone Stage-I, the results for Stage-I testing are declared. Recommended candidates are retained for Stage-II testing and those not recommended are dispatched back.

(b) DAY-2 (Stage-II). Psychological Tests include the following :-

(i) Thematic Apperception Test. 12 Pictures including one blank are shown. Candidates are asked to write a story around what led to the situation? What is going on and what would be the outcome?. Each Picture is shown for 30 seconds and candidates are asked to write a short story about it in 4 minutes. In the blank slide, they have to think a picture of their own choice and write a story around that.

(ii) Word Association Test. In this test, a series of 60 words are shown to the candidates one after another for 15 seconds each. A candidate is required to write down the first thought or idea comes to his mind.

(iii) Situation Reaction Test. This test consists of 60 routine life situation regarding day to day activities. The situations are printed in a booklet and the candidate is asked to write his reactions by completing the sentences, as to how they would feel, think and act in these situations.

(iv) Self Description Test. Candidates is asked to write five separate paragraphs on each context about the opinion of his parents/guardian, friends, teachers/superiors.

(i) Group Discussion. Two topics of common interest (social issues and current events) are discussed. It is an informal discussion and not a debate. Each topic is allotted 20 minutes each. No definite conclusion is required to be deduced.

(ii) Group Planning Exercise. It comprises of five stages vi., explanation of the model, reading of the narrative by GTO, five minutes for self reading by candidates, 10 minutes for individual written solution and definite conclusion is required.

(iii) Progressive Group Task. It is the first outdoor task. A set of four obstacles with progressively increasing level of difficulties are to be completed in 40 to 50 minutes. Structures, helping material and load are provided to the group.

(iv) Group Obstacle Race. In this task the group is pitched against each other over a set of six obstacles with a snake like load to carry.

(v) Half Group Task. It has one obstacle similar to progressive group task with helping material and load to be carried. Group is divided into two sub groups and assigned the same obstacle in turn in such a way that when one group is working, the other is not allowed to watch it. Time allotted to each sub group is 15 minutes.

(vi) Lecturette. It is an individual task and the candidate is required to give a short talk to the group. Three minutes are allowed to prepare any chosen topic from the four given in the Lecturette Cards for the talk.

(i) Individual Obstacles. A set of 10 obstacles is set to be tackled individually. Obstacles are numbered from one to ten, denoting the points each one carries. Each individual is given three minutes. 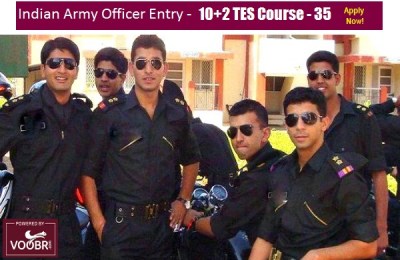 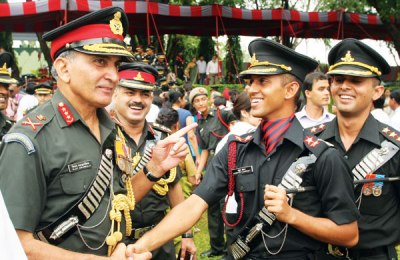