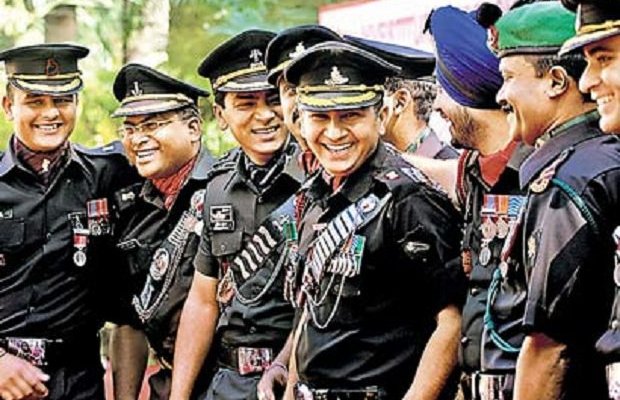 Despite the call of separatists asking Kashmiri youth not to join the Indian Army, many enthusiastic youngsters turned for the Army recruitment drive held at Anantnag district. The district has been the epicenter of the ongoing unrest that has taken life of over eighty people and made more than thousand injured.

“We want to change the perception about the youth of Kashmir. If given an opportunity it would be an honor to serve this nation,” said Irshad Ahmad, who travelled almost thirty kilometers from Pulwama district to attend the Indian Army recruitment rally. As per reports, about 2200 candidates took part in the rally, waiting in queues for their turn. 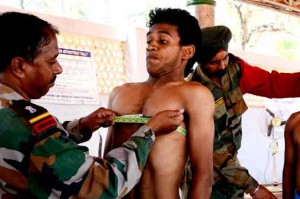 “I would like to express my gratitude to the staff here which efficiently carried out the training program. I appeal to the misguided youth in Jammu and Kashmir to throw away their guns and stones so that we can fulfill our dreams,” Shabir Ahmad, one of the candidates, told reporters.

Shockingly, those men who made to the recruitment camp had to leave in the middle of the night to escape the stone throwing mob. “It was not easy to reach here but I had long waited for this day and come what may I would not have allowed this opportunity to go to waste,” said Tariq Qurashi, another aspirant, who qualified the test.

“This rally is being conducted for the youth of Kashmir valley. The online response to the registration saw 11500 youth applying for the jobs. The number of aspirants who had applied from south Kashmir is 6000,” Recruiting Officer, Brigadier J.S. Sanyal told the media. “Around 2200 students registered through online and participated in this rally. Our aim here is to provide an opportunity to the youth of Kashmir.”