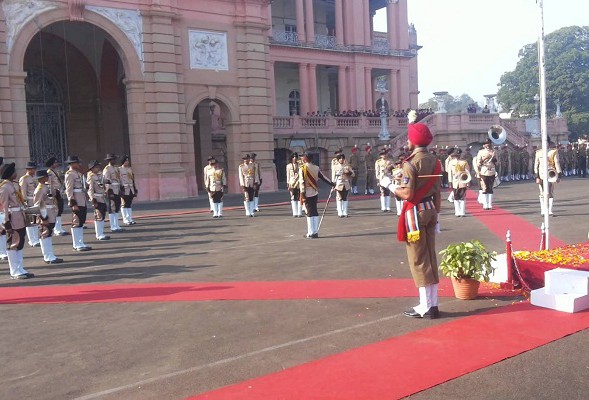 Sainik School Kapurthala has contributed to the recruitment of over 1100 officers in the Indian Armed Forces since the school’s founding in 1961 said Principal Col. Vikas Mohan on the occasion of their 56th annual athletic meet. The chief 50 cadets among the alumnus to have risen to Lieutenant General and Major General positions in the Indian Army include Lt. Gen. Ranbir Singh, Lt. Gen. Iqrup Singh, Lt. Gen. Satinder Singh, Maj. Gen. Gajinder Singh, Maj. Gen. Balwinder Singh Cheema, and Maj. Gen. Sarbjit Singh, noted the Principal.

Lt. Gen. Ranbir Singh is the present Director General of Military Operations, and the man to have led a surgical operation against archrivals Pakistan recently. Col. Vikas Mohan also noted that twenty-two cadets cleared the written exam of National Defence Academy (NDA) conducted by Union Public Service Commission (UPSC) recently and they are ready to face a final board interview for a selection in the NDA. The Principal also said that 4 cadets to have passed out of the Sainik School also got recruited in the Indian Armed Forces in the running year. 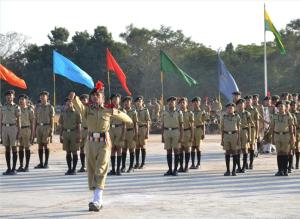 The ceremony was full of patriotic feeling and echoing emotions in the eminent presence of IPS officers from the state of Punjab, Former Adv. Gen. Hardev Singh Mattewal, and other chief alumni of the Sainik School Kapurthala. During the annual athletic meet, Principal Col. Vikas Mohan also spoke highly of the officials in the Indian Army and their excellence in other professions.

Inaugurating the annual meet on a special invitation was the Director General of Police of Patiala range, Dr. Sukhchain Singh Gill, who is a former cadet of the Sainik School, and an MBBS graduate. Also present on the closing day of the function were Arpit Shukla, Inspector General of Jalandhar range, and Mohammad Tayab, Deputy Commissioner of Kapurthala, who felicitated the winners.