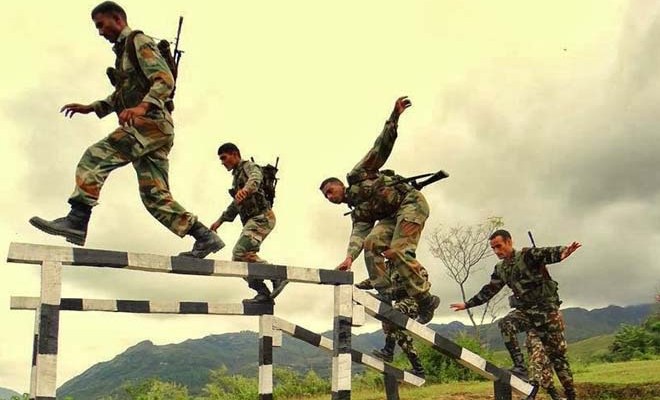 “This is the highest number of registrations ever that the Indian Army has received in Gujarat. The previous high was seen at Patan where 41,000 youths had registered in February 2014,” said Wing Commander Abhishek Matiman, who is the Defence spokesperson for the state of Gujarat.

When asked if the recent surgical strike along LOC had any effect on the increase in the number of registrations, Wing Commander Matiman said, “I am sure there has been some impact of the surgical strikes…. But there has been a steady growth in recruitment numbers during Indian Army’s recruitment rallies held in the state since 2014. On an average these rallies, that are held twice a year, see a footfall of about 30,000.”

Army officials said that such big turnout would improve the number of selections from the state. “The highest number of youths to be selected from such rallies in Gujarat is 725. This too happened in Himmatnagar in March 2015, when 29,000 youngsters turned up,” an official added.

Owing to the “unprecedented” number of candidates registering for the Army recruitment rally, the schedule of the rally is split date wise and some of the districts will be catered on particular dates. Most of the youths who have registered for the rally are from north Gujarat. Banaskantha (8,037 registrations), Mehsana (5,983), Ahmedabad (5,736), and Sabarkantha (5,603) are on the top of the list of districts from where the candidates have registered for the rally.