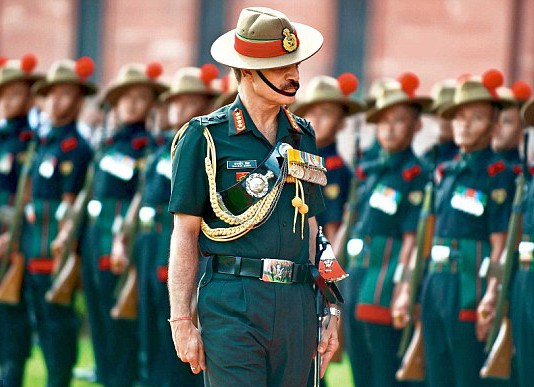 Brig. Sudhir Kumar Jha, who is the Commandant of the Assam Regimental Centre commanded the parade, and did it with composure and confidence at the Parson parade ground. After reviewing the parade, the Indian Army Chief said that the Assam Regiment has crossed another milestone. “Assam Regiment is one of the oldest and finest regiment of the Indian Army. I am honoured and immensely proud to address the ‘line of fraternity’, as this oldest regiment has constantly been able to march ahead with valour to glory. The regiment’s history is filled with inspiring stories of sacrifices and victories,” he said.

As part of the Platinum Jubilee celebrations of the regiment, the Army Chief dedicated the renovated and expanded War Memorial to the nation. The War Memorial was originally inaugurated on November 24, 1953, by the Assam Chief Minister Bishnuram Medhi. The names of three hundred and seventy six martyrs are etched on the War Memorial. 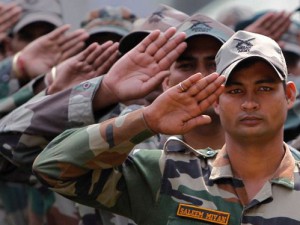 Assam Regiment originated on June 15, 1941, in Shillong and was raised by Lt. Col. Ross Howman at the Governor’s House, which is the present day Raj Bhavan. A plaque of the Assam Regiment was also unveiled by Governor V. Shanmuganathan at the lawns of Raj Bhavan.

“The regiment was raised to meet demands from the undivided State of Assam and to counter the threat of Japanese invasion. It was baptism by fire for the regiment. The Assam Regiment fought a battle at Jessami and participated in the epic defence of Kohima and capture of Aradura (Nagaland),” Defense spokesman Amit Mahajan said.