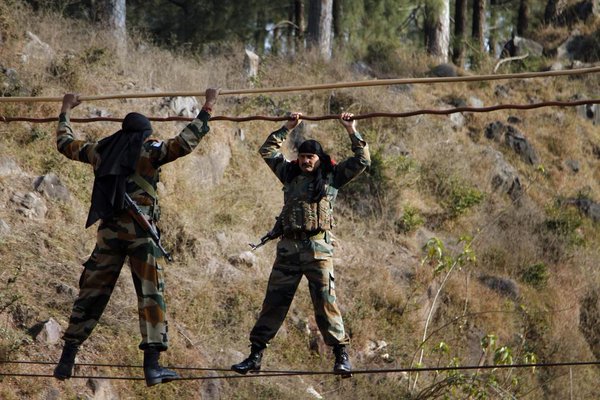 Pre-Recruitment Training By STEP Will Be A Calendar Event

Chief Executive Officer of the Society for Training and Employment Promotion (STEP), B. Ravi, said that they will make pre-recruitment training provided to youth for jobs in the Indian Army a calendar event. He was speaking in the memento distribution ceremony held at Ongole for those who did best in running, long jump and other events during the training. The awards were presented by Ongole MLA D. Janardhana Rao.

Dr. Ravi said that the training will be provided by ex-servicemen for various tests in the Army. He is confident that all the trainees will make it during the Army recruitment rally in Guntor, Karnataka, which is scheduled to be held from 10-07-2016 to 25-07-2016.

Candidates participating in the rally will be selected for the posts of soldiers in general duty, technical, Tech (Amn/ Avn), NA/ NA VAT, CSK/ SKT, and other various departmental vacancies. Age limit for the candidates is from 17 to 23 years, and educational qualification is SSC/Inter/degree completed. All the candidates, who have registered online, can participate in the event. The rally will be held at Brahmanada Reddy Stadium, Guntur. 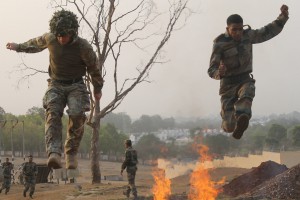 STEP CEO said that anyone who could not clear the Army recruitment rally could participate in airmen recruitment drive scheduled to be held in Kadapa in September. He added that the STEP has planned to provide training to 1000 youths this year to improve their employability.

Dr. Ravi said that instead of waiting for the government jobs, SC youths could start their own business and shops like photocopier shop, mini-super bazaars, electrical shop, goods transport service, etc., with the support of banks and SC Finance Corporation. The corporation also plans to increase bank linkages to at least 7,000 SCs in the Prakasam district to make entrepreneurs. The Government will be providing only back-end subsidy with lock-in period of two years to prevent any misuse of the subsidy component.

STEP is a Hyderabad based voluntary organization that provides training and other capacity building inputs to community. They work for social and economic empowerment of poor, to provide employment opportunities and other social welfare activities. STEP was established in the year 1999 and now it has 82 branches in the state of Andhra Pradesh. It has trained over 10,000 students in Computers, Hotel Management, Fashion Designing, and several other sectors, and most of them are successfully working in reputed companies.