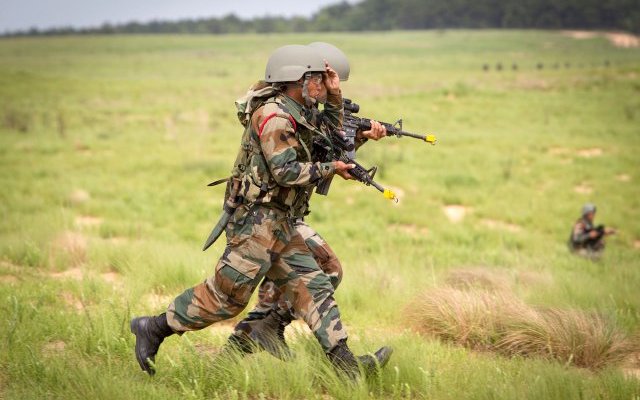 Paramilitary Soldiers To Get Bulletproof Headgear

Home Minister Rajnath Singh has recently approved procuring “light-weight bullet resistant helmets” for the Indian Army paramilitary forces. The helmet will protect the soldiers from gun shots directed to the head, stone pelting from mobs, neck injuries, and will improve the efficiency of the soldiers.

For the first time in history, the Indian Army paramilitary forces will be equipped with high-tech bulletproof combat helmets like that in the US forces. These helmets can resist 9 mm and 7.62 mm bullets, even if they are fired from a close range of 20 meters. It is shaped in such a way that soldiers can mount night vision cameras, handsets of communication equipment like walkie-talkies, torches, and other required devices on it. 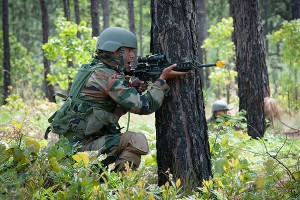 For a long time, soldiers are sent to combat missions without basic safety equipments. The paramilitary forces have a shortage of bulletproof helmets by 98% and the current helmets weigh 1.5-2 kgs. As of now, around 10-lakh paramilitary officers have to defend the borders, stand against terrorists and Maoists, and face the mobs with stone pelters, with only a limited number of protective gears. The Central Reserve Police Force (CRPF) has 3.5 lakh officers, but can only provide up to 2,000 bulletproof headgears. Whereas the Border Security Force (BSF) has 2.5 lakh men, and only 500 protective helmets are available for their ground troops, even for those positioned at very sensitive borders.

However, with the new initiative, most of the safety concerns of the paramilitary forces would be addressed properly. According to sources, the financial concerns voiced by bureaucrats were disregarded by the Home Minister. A senior government official said that, “there would be huge financial burden on the exchequer in this purchase but home minister has made it clear that security of jawans comes first.”

Seven years after the request for nearly two lakh bullet proof vests, the Indian Army is expected to receive 50, 000 vests this year. Procurement of 1.86 lakh bulletproof jackets was not successful last year, as all the bidders failed to meet the standards specified by the Indian Army.

“It is an unpleasant surprise for the Committee that in spite of critical shortages of bulletproof jackets being highlighted, no improvement in the situation has taken place, which is alarming,” said the Parliamentary Committee for Defence.

The new lightweight jackets, according to Army’s technical specifications, are meant to protect the head, chest, groin, neck, and sides of foot soldiers. The jacket will allow soldiers to move easily in difficult terrain. “The jackets will be delivered from August onwards. All the jackets are to be delivered by January 2017,” said a representative.