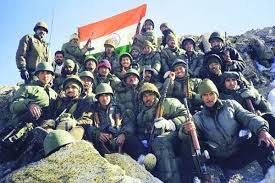 Well, the name “Vijay” symbolizes “Victory” and Victory it did bring on the two occasions and large scale military operation was named after this. The first was in 1961 to annex Goa to the Indian Union from the hands of the Portuguese. Memories of the second instance would still be fresh in our minds – The Kargil war of 1999.

The war arose out of a conflict due to the infiltration of Pakistani soldiers and Kashmiri militants into positions on the Indian side of the LOC. This remains on of the best examples of battle in high altitude mountainous terrain. Though at a strategical disadvantage, the Indian troops were able to seize control over about 80% of the intruded areas within 2 months.