Home Indian Army Mormugao, The Latest Destroyer Of India Is Ready For Action 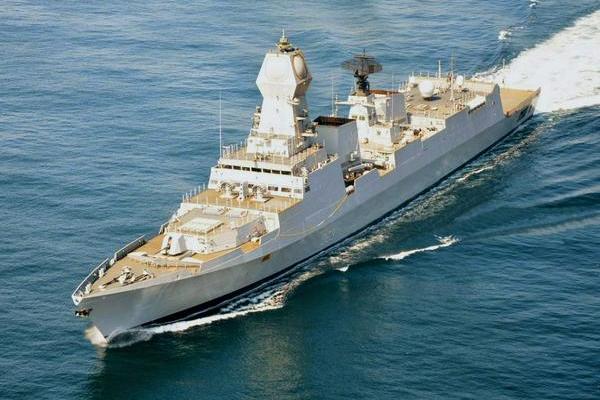 Mormugao, The Latest Destroyer Of India Is Ready For Action

Mormugao, the latest destroyer of India was launched on September 17 at the Mazgaon docks of Mumbai. It is one of the Project 15B destroyers that is said to be the most advanced destroyers built in India. Four of such weapons are built at a cost of 29700 crore rupees.

Mormugao is 163 meters long and has a 7300-ton displacement. It has 4 Ukrainian gas turbine engines that can achieve a speed in excess of 30 knots, that is, around 56 km/hour. It can operate 4000 nautical miles at sea and is supposed to have 250 sailors and 50 officers.

The Indian Navy commented that, “These ships are among the most technologically advanced guided missile destroyers in the world, with state-of-the-art weapons/sensors package, advanced stealth features and a high degree of automation.” 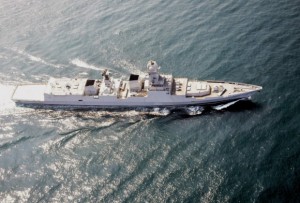 Multi-Function Surveillance Threat Alert Radar (MF-STAR) is the key sensor of the Mormugao destroyer. This super sensor can track targets, which are hundreds of kilometers away in the air. Moreover, the sensor can direct many Long-Range Surface to Air missiles (LR-SAM) to interrupt the targets once the lock-on is achieved.

LR-SAM is one of the most sophisticated missiles of its kind in the world, designed to intercept the enemy supersonic missiles and aircraft that are more than 70 km far away. The Mormugo destroyer also has the BrahMos supersonic cruise missiles that can hit targets at 300 km away on sea and land.

Project 15B ships use radar absorbent paints and have more silent propellers compared to the Project 15A destroyers. As a result, they will be less detectable by radar, enemy warships, and submarines.

All the major systems are integrated by a combat management system, ship data network, computer controlled systems, including automated power management system that monitor operations on the ship. The new destroyer is described by the navy as, “Network of networks, representing a high level of automation for monitoring and control of various shipboard systems that would be integrated into the ship.”