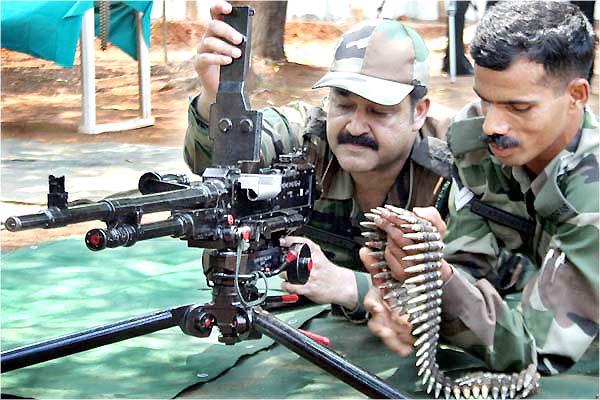 Besides exceptional sportsmen, the Indian Army also have a versatile actor among its ranks. The famous Malayalam Superstart, Mohanlal joined Territorial Army as Hon. Lieutenant Colonel in July 2009. The army announced his appointment in December 2008. He is the first and only actor who have been conferred this title. His role in two films, Kirti Chakra and Kurukshetra, as an army member, evoked his interest in the army and he voluntarily joined the Territorial Army.