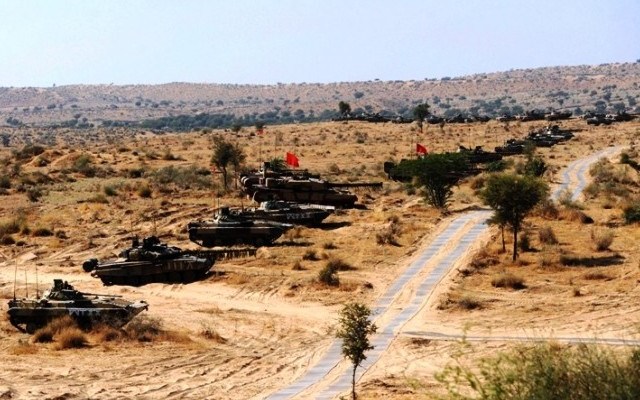 Military exercises involving Soldiers are carried out to assess the preparedness of the troops as well as to hone the skills in a massive war-like situation. These exercises are sometimes also carried out in collaboration with the defence troops of other countries.

In first week of April 2012 Indian Army had launched a massive summer exercise in the Rajasthan desert involving over 50,000 troops and several hundred artillery guns and infantry combat vehicles as part of its efforts to shore up its battle worthiness on the western front with Pakistan. The exercise, code-named “Shoorveer”, was conducted by the South Western Command. This was the largest ever exercise conducted by Indian army since 1947. The collective training started with honing up of basic battle procedures and tactical drills at tactical level. A number of field firings are being carried out to check the accuracy and lethality of the weapon systems.