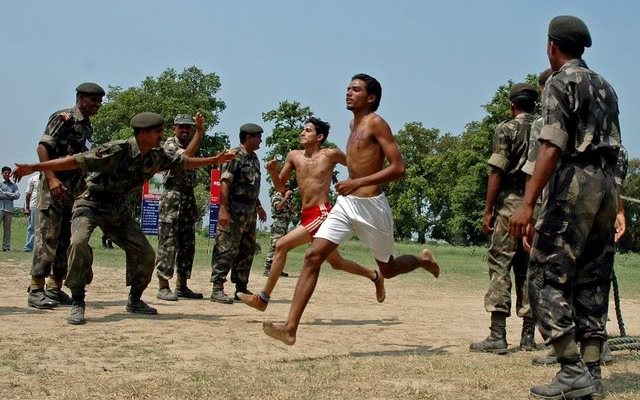 Terrorists in Jammu and Kashmir might have killed the young Army officer Lieutenant Ummer Fayaz, but they cannot kill the zeal and spirit of hundreds of Kashmiri youth who recently lined up for the Army recruitment drive to join Army and serve the motherland.

Reports say that more than 3,000 youth from Jammu and Kashmir attended the written exam that was conducted for the selection of officers in the Territorial Army. Out of the 3,000 youth, more than 800 were from the restive Kashmir valley, and this number is almost double of that from the previous year. Indian Army conducted the exam at Udhampur and Srinagar and the Kashmiri youth were bubbling with passion to serve the country.

“Territorial Army, known as the Citizen’s Army, is a platform through which any Indian employed citizen can enroll and render service towards the nation. To get selected as an officer, the individual needs to clear a written exam followed by an interview,” said Colonel NN Joshi, defense spokesman at Northern Command Headquarters. 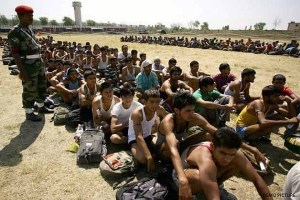 Colonel Joshi added that the youth of Jammu and Kashmir came forward to show their willingness to join the Territorial Army wing of the Indian Army to dedicate themselves to serve the nation.

This rush to join Indian Army comes at a time when the whole of Kashmir is reeling under the killing of Lieutenant Ummer Fayaz, who was a young Army officer of the Rajputana Riffles, aged just twenty-two years old. The officer was abducted from the home of his maternal uncle in Batpora village in Shopan, where he went to attend the marriage of his cousin sister. Lieutenant Fayaz was killed later by the terrorists.

The sacrifice of Lieutenant Ummer Fayaz has reinvigorated zeal in Kashmiri youth to join the Indian Armed Forces. In the month of May, 1292 candidates appeared for the written exam conducted for the selection of Junior Commissioned Officers and other Army ranks. These candidates were shortlisted from 19,000 aspirants who applied for the various posts in the Army when the Army recruitment started in April.

“There is a lot of interest among the boys (of Kashmir to join the forces),” said an Army officer. “If we continue with such endeavor, we can guide Kashmiri youth on the right path.”