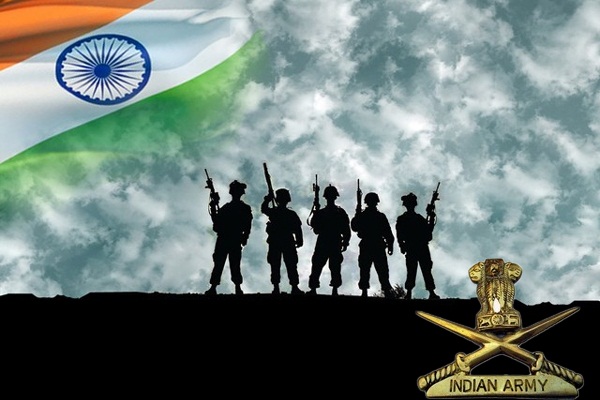 “I’ll either come back after raising the Indian flag in victory or return wrapped in it,” these were the words of Captain Vikram Batra before leaving for war at Kargil. These words truly reflect the daredevilry of the soldiers in the Indian Army.

The war at Kargil was a long drawn out one, and as the entire nation waited with baited breath, the Indian Flag fluttered over Tiger Hills on July 4, 1999, making Operation Vijay a success.

It was one man, who became the hero and the face of Indian soldiers at Kargil. The words of this Captain reverberate even today, ‘Yeh Dil Maange More’. Capt. Vikram Batra took the words from a TV advertisement and elevated it to the next level.

The Battle Field Of Kargil

Young Vikram Batra wanted to join the Merchant Navy, but later changed his mind and was commissioned in the Indian Army as Lieutenant of the 13 Jammu & Kashmir Rifles. He was promoted to the Captain Rank on the battle field of Kargil.

Capt. Vikram Batra was ordered to recapture the peak 5140 at a height of 17,000 ft., as invaders from Pakistan took positions in their bunkers. This was the highest peak in the Tololing Ridge and a crucial one in the Drass sector. The steep cliffs were not offering any cover against the line of sight of Pakistan army and the heavy machine gun firing from the other side was not letting Indian troops to advance. However, Capt. Batra decided to lead his company from the opposite end. He got seriously injured, but led a brave hand-to-hand combat against the Pakistan army, throwing grenade after grenade at the infiltrators, until the soldiers of 3 Jammu and Kashmir Rifles regiment took over.

The operation led by Capt. Batra is considered one of India’s toughest mountain warfare campaigns and the man catapulted to national headlines. Capt. Batra managed to lead his company to a victory and all soldiers in his team made it alive.

Even after capturing Point 5140, Capt. Batra moved forward with his team to climb peak 4875 located at a height of about 16,000 feet. At Point 4875, Capt. Vikram Batra called his commanding officer just to say ‘yeh dil maange more’, as the young lion was looking for more enemy blood even though he was wounded.

However, when the enemy launched counter attack, the Captain had to rush forward to help an injured officer. Capt. Vikram Batra lost his life while trying to save his team member. “He did not allow other soldiers to go, and told them ‘tumhare biwi bachche hain’,” a fellow soldier remembered.

‘Jai Mata Di’ was the last words of Capt. Batra and these word put the seal on Indian victory. The peak captured by Captain Vikram Batra was named the ‘Batra Top’ after him. Army Calling salutes Capt. Batra for his act of valor in the Kargil war. Jai Hind.