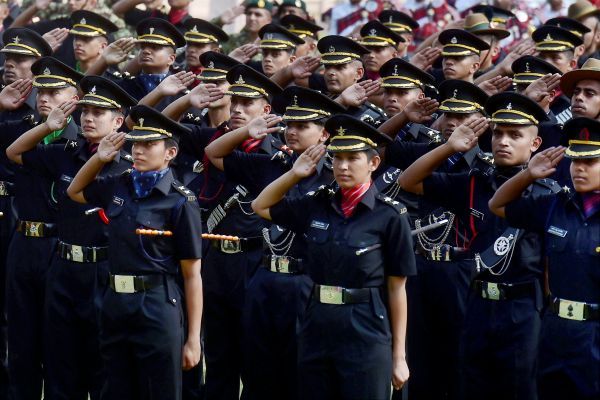 The Gentlemen Cadets who completed the training course of the Indian Military Academy in Dehradun recently participated in the Passing Out Parade. Reports say that the total number of Cadets who graduated from IMA amount to more than 400, and comprise of both native and foreign trainees. The cadets to have undergone a rigorous training for 1½ years would be enlisted into the armed forces of their respective country of origin.

The Cadets gathered in the Chetwode Hall Building for performing the march with rhythmic drill movements in sync with ‘Colonel Bogey’ tunes and ‘Sare Jahan Se Achha’. As planned, Chief of the Bangladesh Army General Abu Belal Muhammad Shafiul Huq was the Reviewing Officer of the IMA Passing Out Parade for the autumn term. The COAS Banner was awarded to the Nowshera Company by the Bangladesh Army Chief for coming first from among sixteen companies. 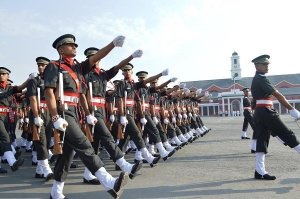 Subedar Major Darbara Singh attended the Passing Out Parade on an invitation by the Indian Military Academy. Born in a village in Ludhiana, Darbara Singh was an Honorary Captain in the Indian Army and was once conferred with the Param Vir Chakra. He was also the drill instructor at Pune’s National Defence Academy and Officer Training Academy at Chennai.

“What started as a whimsical decision to join the Army, became a reason of major satisfaction,” said Darbara Singh on the function. Following the Piping and Oath Ceremony that took place at the South Campus, Lt. General Sanjay Kumar Jha encouraged the commissioned cadets to have elite goals not only in service term but also in life.

“Sky is the limit for you,” said the Commandant of the Indian Military Academy reminding cadets that the training given by the academy is of the highest order.