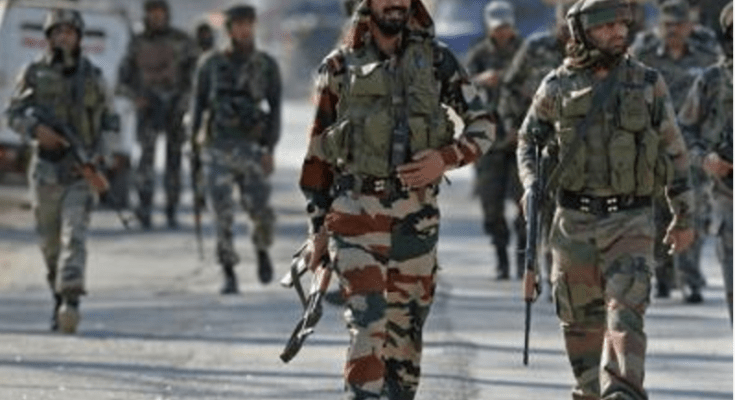 The Indian Army with strong backup from the government has decided to harden their stance in the militancy-hit areas of Jammu and Kashmir. These areas were on the boil since the killing of the Hizbul Mujahideen militant named Burhan Wani. Army officials said that they are planning to continue this at least until summer.

“The tempo of our operations has been significantly higher than previous years and it will remain high in the coming months. Our approach is way more aggressive than before and has the backing of the force’s top hierarchy,” said a senior Indian Army officer. The forces have also released a video of heavy artillery firing by Indian Army that took place on May 23.

Indian Army chief Gen. Bipin Rawat and BJP president Amit Shah also shared similar opinions. Shah said that the government is planning a new “course of action” and Gen. Rawat mentioned the plans to tackle the “dirty war” with “innovative” ways. General Rawat even defended the use of a Kashmir as human shield by the Major Leetul Gogoi. 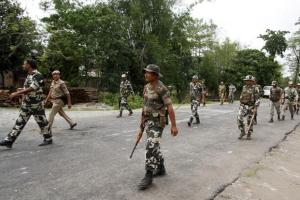 The ideological mentor of BJP, RSS also supported the use of iron hand to deal with insurgency. RSS leaders also said that they want the government to send a strong message to all those who threaten the state.

Another strategy of the government is to concentrate on jobs and development to wean away Kashmiri youth from militancy. It is reported that the Home Ministry is planning to fast track the development projects that are currently pending. Recently, the Union Home Minister Rajnath Singh reviewed the implementation of ₹ 80,000 crore Development Package of the Prime Minister. The package consists of sixty-three projects and the center has already released ₹ 20,000 crore rupees for the same.

“The ministry has a multipronged strategy which includes building of infrastructure and capacity and generation of employment opportunities coupled with firm handling of criminal activities,” said spokesman of the Union Home Minister, Ashok Prasad.

This stance of the government and the army has out the Jammu and Kashmir police in dilemma. “The state government has been clear on only one issue —no more civilian killings,” an officer said. Police officials who reside in South Kashmir are advised not to go to their homes for a period of at least three months. “Police officials stay in societies where there is strong support for militancy,” said another official.