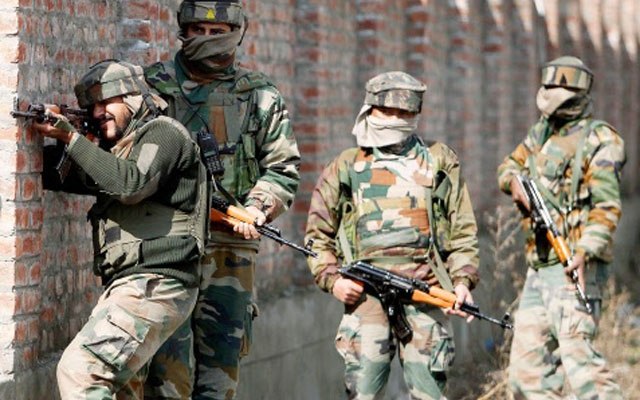 The Indian Army recently said that they are now using MARCOS, the elite Special Forces unit of the Navy, for quickly combating terror units operating in the Kashmir valley. This extensive drive to eliminate the terrorists is mostly concentrated on the islands in Jhelum River, which is being used as a hideout spot by the terrorists. In view of the demand from the Indian Army, the Navy has permanently deployed around 30 of its MARCOS personnel under the supervision of a Lieutenant Commander in the Wular Lake are for thwarting any militant activities operating in the region.

The Army has increased its assault on the militancy operating in Kashmir with several successful attempts in thwarting terrorist activities in the many volatile regions. It has carried out numerous raids on far areas such as the backwoods for eliminating any hiding terrorists. Recently, the Indian Army sought assistance from the MARCOS team for a search and destroy operation carried out in the Jhelum River in order to clear out terrorist activity from the area.

MARCOS, also known as Marine Commandos, is the Elite Special Forces unit of the Indian Navy. They are specialists in special operations and are well versed in amphibious warfare, reconnaissance, hostage rescue, close quarter combat, and counter terrorism. 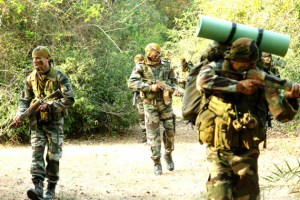 The MARCOS were formed in 1983 to cater to the need of an amphibious fighting force capable of operating in multiple aspects of conventional and unconventional warfare. They were earlier deployed in Kashmir’s Wular Lake region back in 1995. Known as Operation Rakshak, the MARCOS were successful in foiling militant activity operating on the lake. At present, the MARCOS team has teamed up with the 5 Rashtriya Rifles of the Indian Army stationed in the Watlab area of Kashmir.

The Marine Commandos are highly feared among the militants operating in Kashmir due to their excellent combat skills. As per an Army source, “The MARCOS have the capability to dive under water and carry out extensive searches in these areas and they have proven to be efficient in this task.”

The MARCOS personnel are expertly trained in all kinds of weapons and instruments. They are equipped with modern assault rifles and other key weapons for dealing with all sorts of combat scenarios. The Indian Army’s decision to induct MARCOS in the volatile regions of Kashmir will significantly assist them in flushing out all kind of terror and militant activities operating in the region.