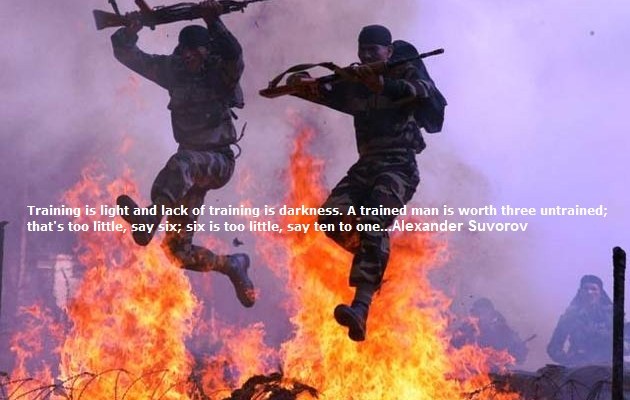 Training is an important aspect in skill-development and improvement of an individual and a team altogether. Over the ages we’ve enough evidence of training being imparted through various means. Most of the strategies of warfare have been passed on to generations through systematic training. Even in present day modernized battlefield, it is only the basic military skills which become the deciding factor in the final outcome of a battle.

The Army Training Team trains the cadets to be proficient in basic warfare skills to lead a section as part of a platoon in combat. Here  efforts are made to inculcate into a cadet a plethora of qualities which makes the bed rock for transformation into an ideal leader and gallant soldier. The army training follows the battle craft of the past while keeping themselves abreast with the latest technology, using modern age technical gadgets like GPS, IWESS, and Simulators to give a glimpse of futuristic combat to a cadet and hone his basic skills today which will make him a Scholar Warrior capable of understanding modern warfare in future.

The army believes that “Practice” is the hardest and surest part of learning and that “Training” is the essence of transformation. The training imparted helps a cadet master his soldierly skills to include Tactics, Weapon Training, Map Reading, Radio Telephony, Field Engineering, Survival, and mental robustness.