Home Indian Army Indian Army to Use Camels for Patrolling and Transportation at LAC, Ladakh 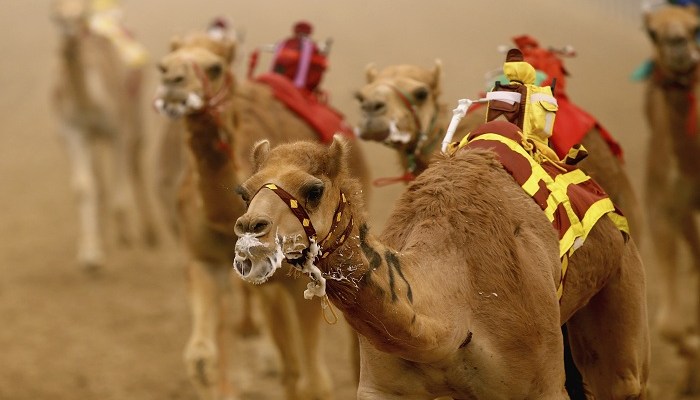 Indian Army to Use Camels for Patrolling and Transportation at LAC, Ladakh

The Indian Army is planning to introduce camels for aiding its personnel in patrolling along the Line of Actual Control (LAC) in Ladakh. This new decision by the Army comes ahead of the recent buildup of enemy forces across the border and in preventing any intrusion attempts. The Army is considering the use of both single-humped and double-humped camels for use in the LAC. As a part of this program, the Army intends to use camels in the high altitude battle terrains for carrying ammunition weighing about 180 to 220 kg.

For this purpose, the Indian Army will provide training to the camels for patrolling and lugging heavy ammunition and vital supplies along the difficult terrain. The use of camels is a great advantage to the Army in moving the ammunition across rugged and steep terrains. Double-humped camels have twice the carrying capacity than a mule and are much faster with the ability to cover about 10 to 15 kilometers in two hours. The Indian Army normally uses mules and ponies for transporting the supplies in the region. 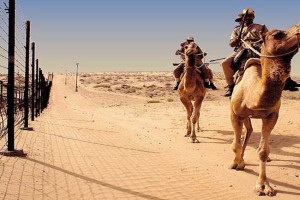 It is not the first time camels are used for patrolling and transportation in the country. In fact, the Border Security Force, the premier paramilitary force that keeps vigil in the vulnerable bordering regions of the nation utilizes camels to patrol along the difficult desert terrains where the border stretches. Four single-humped (dromedary) camels have been already acquired by the Army from the National Research Center on Camel in Bikaner.

Moreover, the Defense Institute of High Altitude Research (DIHAR), a laboratory operating under the Defence Research and Development Organization (DRDO), has already undertaken further research on Bactrian camels and their load-bearing capacity. Their research will further provide the necessary means by which the camels are to be trained for carrying heavy loads in harsh and extreme weather conditions.

According to the director of DIHAR, “The Bactrian camels were inducted at DIHAR in February 2017 for a pilot study on their suitability for border patrolling, load-carrying ability, training, and devise management practices, considering conditions in high altitude.” Double-humped camels, also known as Bactrian camels, are found only in the Nubra Valley of Ladakh with a fewer population of 200.

Using double-humped and single-humped camels will enhance the mobility of the Army in difficult terrains previously inaccessible by all-terrain vehicles. Moreover, it allows transporting ammunition and other major supplies for troops stationed in high altitude battlefields for keeping them well equipped to deal with any intrusion attempts.