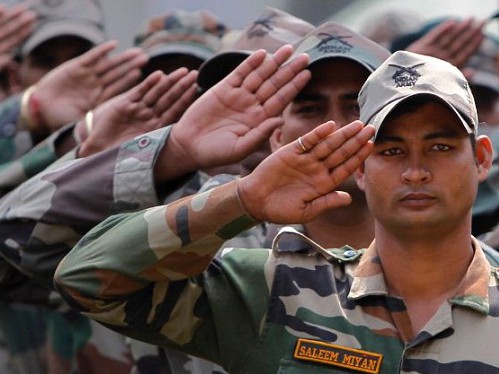 The Indian Army is planning to employ 10,000 civilians. These civilians will be provided as sahayaks for the JCOs and officers who are posted in peacekeeping areas. The duty of these sahayaks will be to help the officers in their official work. This move, which is being undertaken by the Army headquarters, will help to free an equal number of combat soldiers from duties of sahayaks.

“We are going to employ around 10,000 civilians who would be helping officers and JCOs in peace stations by performing the roles of sahayaks,” an Army source said. Currently, the Indian Army uses 40,000 combat soldiers to perform sahayak duties in their regiment and units.

In the peace stations, civilians will be offered to those officers from static formations like the New Delhi Army headquarters or the seven command headquarters located in different areas across the nation that do not have to move out in field areas in the postings. In addition, units that are deployed in places like Delhi and are part of fighting formation will continue using combat soldiers as sahayaks. This is because they will need to move to field areas during the exercises that are conducted in Punjab and Rajasthan at regular intervals.

Gen. Bipin Rawat said soon after he took over as Army chief, that the headquarters had submitted proposal on doing away with the “sahayak” post in peace locations. However, he added that the buddy system is necessary for the proper functioning of the Indian Army for deployment of the forces in field areas and at times of war. 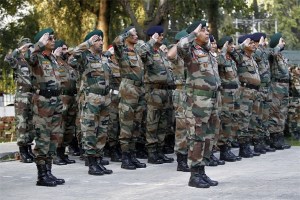 Buddy system is a part of the colonial Army system and in this system, combat soldiers are used as sahayaks or orderlies to maintain uniform or to polish boots of the officers and junior commissioned officers. However, there were many complaints of the misuse of the system in the recent times. Owing to many controversies about the exploitation of sahayaks, various Army formations have asked their officers to ensure that the dignity of the soldiers is maintained and that the soldiers are not used to look after children and pets of officers and to wash their private vehicles.

“Please refer to social media outburst by serving soldier and media statement issued by the Chief of Army Staff thereto. All formations and unit are requested to ensure that dignity of serving soldier be maintained and employment of buddies should be restricted to entitled duties only,” an instruction letter from a formation in Eastern Command said.