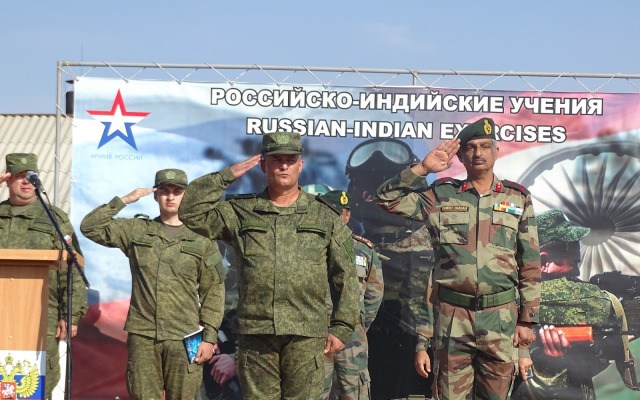 The Indian Army has joined hands with the armed forces of Russia to participate in the first edition of the international tri-service exercise. The military exercise will involve a large contingent of the Indian Armed Forces and will commence from October 19 to 29, 2017. The exercises between the armed forces of the two countries will take place on the 249th Combined Army Range at Sergeevisky and in the Sea of Japan. Termed as the INDRA-2017, this is the first time that a large contingent of the Indian Army will participate in this joint exercise.

This new international joint exercise will further solidify the defense cooperation between India and Russia. It will help bring the two nations together and work jointly to address many of the threats and issues plaguing the current global scenario. Lt. Gen. Satish Dua, Integrated Defense Staff Chief, said, “The exercise will provide an opportunity to the armed forces of the two countries to train in counter-terrorism operations in a multinational scenario in a tri-service environment.” 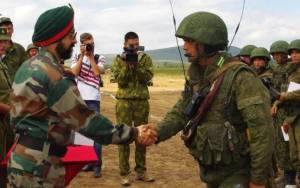 Lt. Gen. Dua said, “The scope of the exercise includes professional interactions, establishment of joint command and control structures between the Indian and Russian forces and elimination of terrorist threat in a multinational environment under the UN mandate.”

Among the Russian side, the joint exercise will feature about 1000 personnel of the 5th Army, Marines, Pacific Fleet, and aircrafts of the Eastern Military District.

The defense ties between India and Russia is unlike any other in the world. Both the countries have mutually benefitted from these ties and have led to an exchange of many weapons and other defense systems. Currently, most of the ammunitions, ships, and aircrafts used by the Indian Armed Forces are of Russian origin.

Previously, the INDRA exercises were carried out only as a single service between the two nations. However, INDRA-2017 is different from all the previous military exercises with Russia, as it involves the participation of all the three services of the armed forces, the Army, Navy and Air Force.