Home Army Indian Army To Get Self Propelled K9 Vajra-T 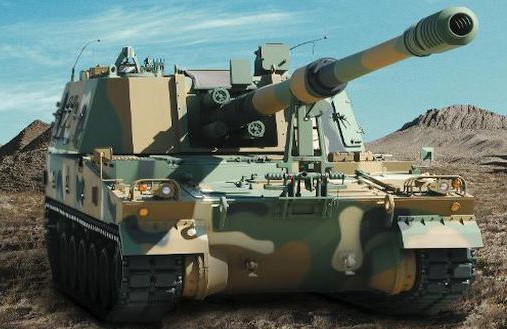 Indian Army To Get Self Propelled K9 Vajra-T

The Indian Army, the largest component of the Indian Armed force, would receive ‘Self-Propelled Vajra Howitzers’ named K9 Vajra-T this year. According to the sources, these sophisticated howitzers have a caliber of 155-mm/55. Nevertheless, before they are handed over to the Indian Army, they need to pass certain evaluation trials by the Defense Ministry.

The bids for the howitzers were made as part of the ‘Buy Global’ provider, which is a process in the Defense procurement procedure. The howitzers will be first made available at the Talegaon plant located near Pune.

India’s Decision To Get K9 Thunder 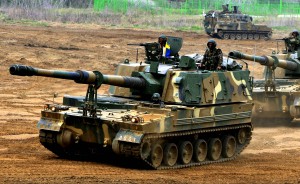 India is one of the first countries to buy K9 Thunder from South Korea. The specially designed variant of K9 Thunder known as K9 Vajra-T is the key artillery in this deal. This variant would be very helpful for the Indian Army for its operations.

It is the first time after about two decades that India is buying artillery from another country. The last time was in the 1980s when it procured the controversial Bofors 155mm guns from Sweden.

The Defense Ministry of India will start price negotiation with the multinational conglomerate L&T this month and will be concluded by the end of this financial year. As part of the present contract, 100 guns will be imported first. There is a follow-up clause to import 50 more additional guns in future but there are no clear decisions about it yet.

After the deal is signed, L&T would supply 10 howitzers to the Indian Army within 18 months. The remaining will be delivered within the next subsequent months.