Home Army Indian Army To Get Autonomous Self Reliant Robots 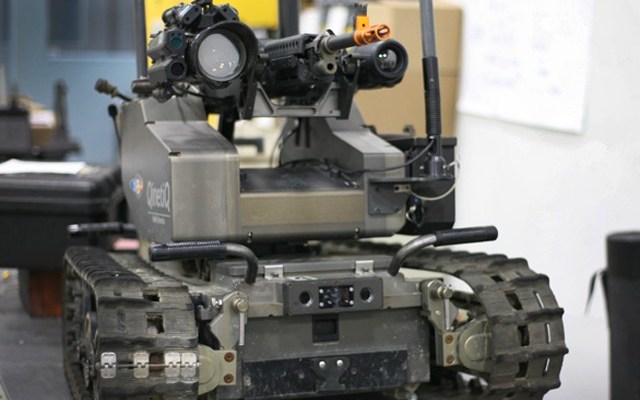 Indian Army To Get Autonomous Self Reliant Robots

India does not want to lag behind in offering its Army access to up to date artificial intelligence and robotics. The Centre for Artificial Intelligence and Robotics (CAIR) has already developed many robots that can be used for varying applications and they are now in the process of developing Multi Agent Robotics Framework (MARF). It is reported that MARF can be used in situations like the Pathankot attack and is capable of offering many military applications.

CAIR is a DRDO lab that is leading India’s military research in artificial intelligence. They have been working on the robotics project for many months now and when it is finished, the Indian Armed Forces will be equipped with many robots that can work as a team, much like the soldiers of the Army.

“We will have a multi-layered architecture which will enable collaboration amongst a team of robots. The heterogeneous composition and collaboration capability can effectively contribute in applications such as surveillance, exploration and mapping, search, and rescue, among others,” a CAIR official said.

After the development is finished, MARF can be used to team up the existing robots like Snake Robot, Wheeled Robot with Passive Suspension, Wall-Climbing Robot, Legged Robot, and Robot Sentry among the other robots. It can also be used to offer a complete set of specifically built robots. 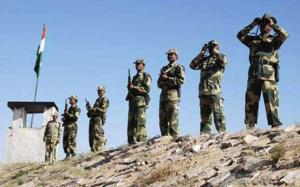 The different robots that Indian Army already has can make for a great team if these robots are able to collaborate. “The Robot Sentry for example, is a mobile robot targeted at patrolling and surveillance applications in urban campuses, while the Snake Robot, whose 14 active joints allow lateral undulation, side winding, and rolling gaits to help it navigate difficult passages together can make for a great reconnaissance and surveillance team both in defensive and offensive plans,” a source said.

Another source said that CAIR has started to work on making dependable intelligent mobile robots. “The aim is to equip our armed forces with systems that are self-reliant, adaptable and fault-tolerant,” the source said. The source also added that these robots would be capable of completing complex tasks easily.

The Indian Army is building these robots keeping in mind the current scenarios that demand working in difficult conditions, terrain and environments. In addition, these robots will be able to work in indoor conditions, which will allow for deployment at the important establishments.

“Intelligence and mobility are critical enablers for unmanned systems targeted for military operations. And, structures vary throughout the Indian landscape. Extensive research in locomotion technologies has been underway to cater to specific needs of these terrain types—mountainous, desert, rural, urban, outdoor and indoor, each presents a unique locomotion challenge to a robotic platform,” the source added.