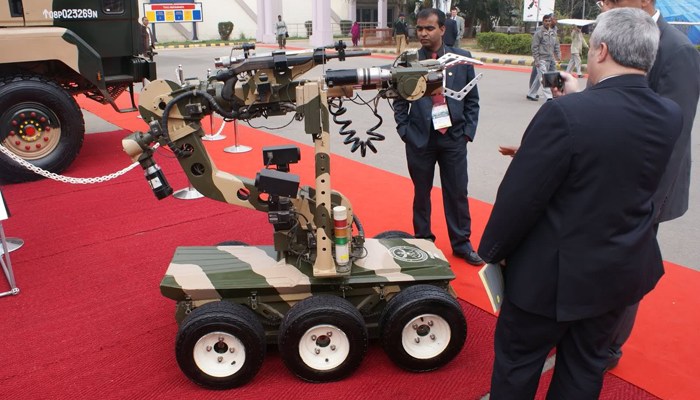 Indian Army To Deploy Robots In Jammu And Kashmir

The Indian Army has proposed their plans to manufacture indigenous robots that can deliver arms and ammunition to targeted locations, to boost their fight against terrorism in the state of Jammu and Kashmir. This new ally would help the Indian Army counter terror attacks and stone pelting in the Kashmir valley and nearby areas.

It is reported that the Defence Ministry has sanctioned the proposal of the Indian Army that suggested a requirement of 544 robots. This move would help to decrease the number of injuries that the Indian soldiers suffer while facing the stone pelting mob or the armed militants.

This plan is under the ‘Make’ category of acquisition in the Defence Procurement Procedure 2016. As per the ‘Make’ category of acquisition, only Indian vendors can take part in endeavors like this. A report in the Hindustan Times says “The way the situation is evolving (in J&K), it may just be a matter of time when security forces as a whole, and Rashtriya Rifles (RR) in particular, will be facing the threat in built-up and super built-up areas.” 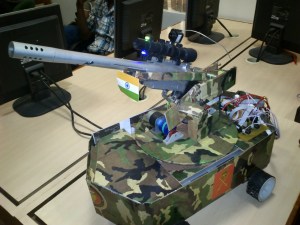 Rashtriya Rifles is a high-profile counter-terrorism force of the Indian Army that was made in the nineties. A note from the Indian Army says, “These robotic surveillance platforms can be extensively used by the RR forces … for gathering real-time input prior to manual insertion.”

As per the reports, the “lightweight and rugged” robots will feature many transmission systems and surveillance cameras that have a range of 200 meters. The note from the Army also says that, “A second unit which can be operated alongside the first unit by a single operator with the same remote (having at least dual display screen) should also form part of the system.”

Reports from the Indian Army says that for the past few months, Center for Artificial Intelligence & Robotics (CAIR), a Defence Research and Development Organization (DRDO) lab that leads researches in artificial intelligence, has been working on the robotics project. This project will equip the Indian Army with many robots that can work as a team.

These robots are made for the Army keeping in mind the current situations that demand for operations in difficult environmental conditions and rough terrains. In addition, these robots can also work in indoor conditions, which can enable their deployment at different important establishments. Indian Army has been using a remotely operated vehicle named ‘Daksh’ to handle and deliver improvised explosive devices.