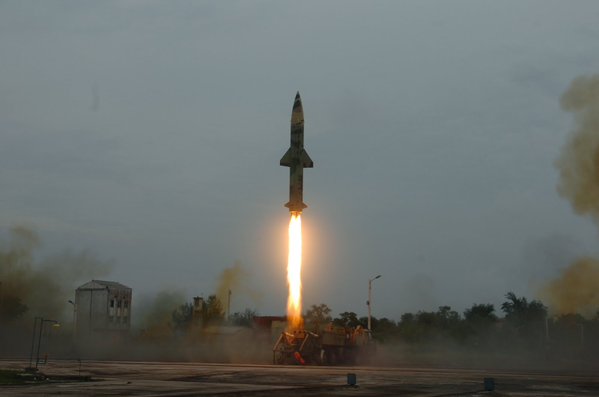 The Indian Army performed the first user trial of the Prithvi-II ballistic missile on Wednesday. Conducted by the Strategic Forces Command (SFC), this gauged the capabilities of the indigenously built surface-to-surface short-range ballistic missile (MRBM). The test was done from a defense base off the Odisha coast.

The nuclear capable missile upon testing reaffirmed that the Armed Forces of our nation are well prepared to meet the requirements of missile launch in a war-like scenario. The tested Prithvi-II carried a dummy payload and left behind thick smoke in its wake, travelling flawlessly along the plotted trajectory, and falling into the impact point after traversing the correct distance. It was launched from a Mobile Tatra transporter-erector Launcher (MTL), which was at the launching complex-III of the Integrated Test Range (ITR). The test started at about 9.40 am.

According to a defense official, firing of the missile was part of an operational exercise by the armed forces. “While the personnel of the army launched the missile on their own, DRDO provided all logistic supports. The missile used for the test was picked up randomly from the production line to check its effectiveness and killing precision,” he stated.

He also said that the missile reached an altitude of 44km, covering that distance within eight minutes. “It has achieved single digit accuracy reaching close to zero circular error probability (CEP). The entire flight path of the missiles was smooth in accordance with pre-decided coordinates,” he added. 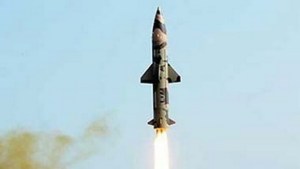 The trajectory parameters of the Prithvi-II missile were plotted and monitored by a naval ship placed at the point of impact. Also used for the same function were the total number of radars and other sensors along the east coast. Prithvi is a missile originally developed under the Integrated Guided Missile Development Programme (IGMDP), and has the capacity to bear 500 kg to 1000 kg of warhead.

The length of the missile is nine meters, and it is one meter in diameter. It uses a liquid propulsion twin engine for thrust, as well as Advanced Inertial Guidance System (AIGS) with maneuvering trajectory. The weight of a single missile is around 4.6 tonnes, and the test found the inertial guidance system was to be reasonably accurate. The warhead it carries makes use of a radar correlation terminal guidance system, which is capable of targeting moving targets such as unmanned aerial vehicles.