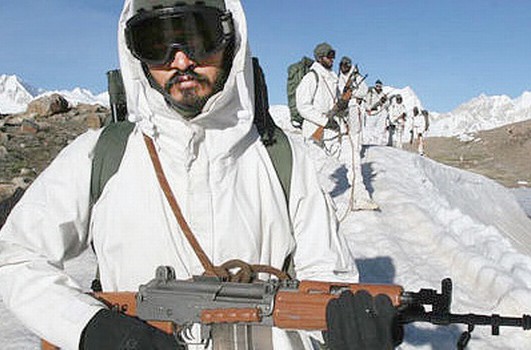 This year, two teams from the Indian Army will set out to conquer the highest mountain peak in the world. The teams will be on a mission to scale Mt Everest as well as Mt Lhotse. Namely the Indian Army Everest Massif Expedition and Indian Army NCC Girl Cadets, these groups embark for Mt Everest Base Camp on 4th and 11th of April, respectively, as stated by representatives of an Indian Embassy in Kathmandu.

The IAEME is made up of five officers, four junior commissioned officers, and employees of 21 other ranks, and will be under the leadership of Lt. Col. Ranveer S. Jamwal, a climber who has already scaled the peaks of Everest twice before.

Lt. Col. Jamwal has stated that this is the same team that set out for the climb last year, but could not complete it owing to the disastrous earthquake of April 25, and the tremors it set off. Still, the team played a vital role in supporting fellow mountaineers and in pollution control efforts at the Everest Base Camp at the time. 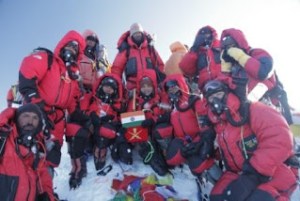 This year, a total of 14 members form the team will attempt the climb to the top, while 9 others will head over to Mt Lhotse and try to scale that peak. Mt Lhotse is the fourth highest mountain peak in the world, the team leader says. Afterwards, 5 members of the team will participate in the world’s highest marathon competition. Mt Lhotse will be trying to climb both summits this time. Jamwal added, “We will leave for Khumbu region on Sunday for acclimatization.”

The girl cadets team also has four officers, two JCOs, seven other ranks, two girl cadet Instructors and 10 NCC girl cadets. Lead by Col. Gaurav Karki, who is an accomplished mountaineer, the team will try to summit the Everest in mid-May 2016, through the Classic Everest Base Camp Trek Route, which was followed by Sir Edmund Hillary & Tenzing Norgay in 1953.

Ambassador Ranjit Rae has met with the aspirant teams and wished them good luck with their upcoming journey and endeavor, commenting, “This is the most inspiring way to stand with Nepal when it is most needed after the devastating earthquake.” He also revealed a hope that this mission would fan the trekking and tourism in Nepal, as well as inspire the youth of India.