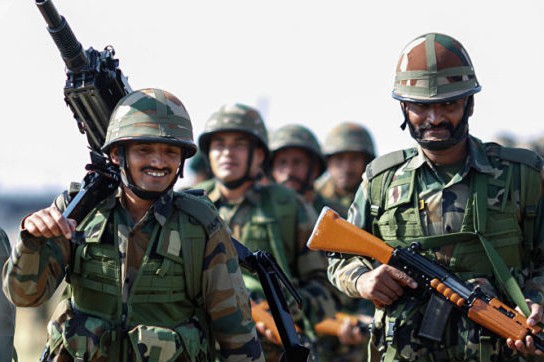 On July 20, the Himachal Pradesh High Court enlisted Indian Army’s Eco-Task Force to deal with the encroachment over forest and public property in Chaithlla, Jalatha, Pandali, Kalemu, and Pungrish villages in Kothkai, Shimla. For this purpose, the Indian Army will accompany the Special Investigation Team (SIT) established by the High Court.

“Considering the enormity and complexity of the problem, more so during the current harvesting season, we direct that the Eco-Task Force, set up by the Indian Army for carrying out plantation work within the State of Himachal Pradesh, having its base at Kufri (Shimla), shall be deployed for implementing the orders passed by this Court and upholding the Rule of Law Ordered accordingly,” the HC Bench, comprising Justice Sandeep Sharma and Acting Chief Justice Sanjay Karol, said. “The Jawans of the said Force shall assist the members of the SIT in addition to 125 personnel so deployed by the Forest Department for carrying out the operations. They shall work in tandem with the SIT, so as to ensure that every encroachment over forest/public land in the villages, referred to supra, is removed forthwith.”

The High Court is hearing Public Interest Litigation on the letter written by a Chaithala resident to the Chief Justice alleging that about 40 residents of Chaithala, Karewag Chaithala, Sevag Chsithala, and Nagpuri Chaithala villages have raised apple orchards on government land. In addition, the letter also alleged about the several orders against these encroachers but not implemented. 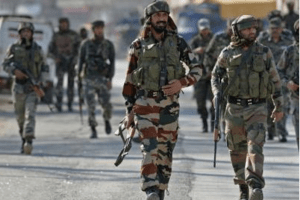 Himachal Pradesh High Court took serious note of the issue and observed, “Contents of letter, which are reproduced hereinabove, are reflective of a very sorry state-of-affairs of functioning of the officers/officials of the State-of-affairs of functioning of the officers/officials of the State, who despite assurance meted out to this Court, have really not taken any effective action against such of those persons, who have encroached upon large chunk of government land and more specifically in villages Jalatha, Chaithla and Pungrish of Tehsil Kotkhai, District Shimla, Himachal Pradesh.” In addition, the High Court also noted that in spite of its orders “Officials of the State are continuing to carry out operations only qua small farmers and no action is being taken against big encroachers.”

Mr. A.C. Sharma, Principal Chief Conservator of Forests (Management) informed the HC that 125 personnel would be carrying out the encroachment removal. In the Bench’s viewpoint, this is a “highly inadequate number to meet out the enormity and the problem of huge encroachment of forest/Government land.”

The Himachal Pradesh High Court directed the SIT that, “Under these circumstances, we are of the considered view that interest of justice only warrants that the SIT so constituted vide order dated 25.4.2018, shall on same/ similar terms, forthwith visit Villages Jalatha, Chaithla, Pungrish, as also village Pandali and Kalemu (Tehsil Kotkhai), as referred to in the communication reproduced herein above as also Village Badhal, as referred to in our order dated 11.7.2018 and carry out operations for removing encroachments over public land, more specifically from the persons referred to in our order.”

The Court directed the modalities of deployment of the Indian Army officers too. “We also direct the Deputy Commissioner, Shimla to ensure that deployment of proper, efficient and effective staff, technical and non-technical, in assisting the members of SIT and Eco-Task Force, for proper identification of land. Also, he shall render all assistant to the Jawans for lodging and boarding. The expenses incurred by the Eco-Task Force shall be immediately reimbursed by the Deputy Commissioner. Ultimately, who is to bear such expenses shall be decided by the Court later on.”