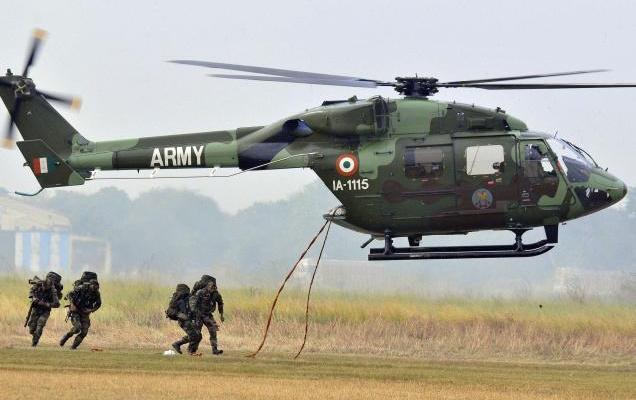 The Indian Army and the Indian Navy have entered into a contract with Hindustan Aeronautics Limited (HAL) worth Rs. 6100 crore to develop and supply 41 Advanced Light Helicopters (ALH). Forty of these advanced helicopters will be inducted into the Army and one will be given for the Navy.

The Ministry of Defense and HAL recently signed the contract, which will be implemented within a period of 60 months. The decision to include more of these helicopters implies a strengthening of the air power of the Indian Army. This will provide air support to the Army in the form of reconnaissance and transport in its various missions across the country.

HAL is the major government-owned defense and aerospace company that supplies many of the transport utilities to the Indian Armed Forces. It has played a key role in enhancing the combat effectiveness of the Army and has replenished the air power of the Indian Army with its various helicopter models such as Dhruv. 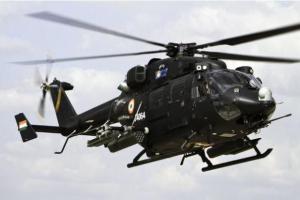 Previously, HAL has also entered into contracts with the Indian Navy and Coast Guard to provide around 32 of its Advanced Light Helicopters. Chairman and Managing Director of HAL, T. Suvarna Raju said that, “The latest order reflects the trust on HAL’s capabilities and gives an impetus to Make-in-India campaign. It reposes faith of Indian Defence forces in indigenous ALH which has been serving them with distinction for a long time.”

HAL’s Advanced Light Helicopters is developed indigenously is powered by a twin engine. Unlike an attack helicopter, the Army will primarily use ALH for various other purposes such as transport, reconnaissance, medical evacuation, and utility supplies. It is a multi-role helicopter belonging to the 5.5-ton weight class. Currently, the Indian Army operates about 96 of the ALH produced by HAL.

HAL Dhruv is one such ALH that is currently utilized by the Army in various roles from combat to reconnaissance. It was first inducted into civilian service from 2002 and has since served multi roles such as with the Indian Armed Forces and in civilian operations.

This is not the first time that the Indian Army is reinforcing its air power. Previously, it had clearance from the Defense Ministry to purchase six Apache attack helicopters. The signing up of the contract with HAL marks a shift in the Army strategy as it is focusing more on obtaining indigenously developed defense equipment and ammunition. Coming under the Make in India initiative, this will further encourage the Indian Army to rely on indigenous defense technologies rather than procuring them from foreign countries.