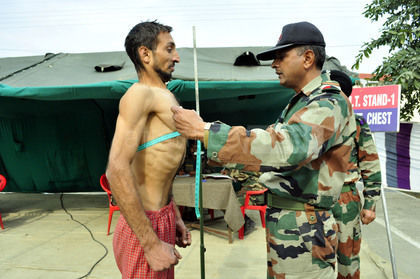 Indian Army Recruitment Rally To Be Held In Davanagere In June

The Indian Army will conduct a recruitment rally in Karnataka in the first week of June. According to reports, the rally would be held to recruit candidates into various posts including soldiers, storekeepers, clerks, nursing assistants, technical staffs, and staffs for general duty. As per the current plans, the recruitment rally is planned to be held at the district stadium located in Davanagere. The dates have been confirmed as June 4 to June 8.

Candidates From Various Districts In Karnataka Are Invited

Reports indicate that candidates from various districts of Karnataka will be allowed to appear for the recruitment rally. It will be a good opportunity for the candidates coming from districts such as Dakshina Kannada and Udupi for they are mostly neglected in the major recruitment rallies taking place in the state. 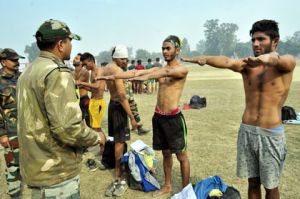 The eligibility criteria for joining the Indian Army depends on what post you are applying for. For the post of soldier, clerk, and storekeeper, the basic educational qualification required is 10+2 with 50% marks. For the subjects such as Physics, Maths and Chemistry; the candidates should have attained a minimum of 40% marks.

To apply for the post of nursing assistant or soldier technical staff, the candidate should have passed 10+2 with 50% aggregate, plus 40% marks in Physics, Chemistry and Biology. The age limit is 17½ to 23 years.