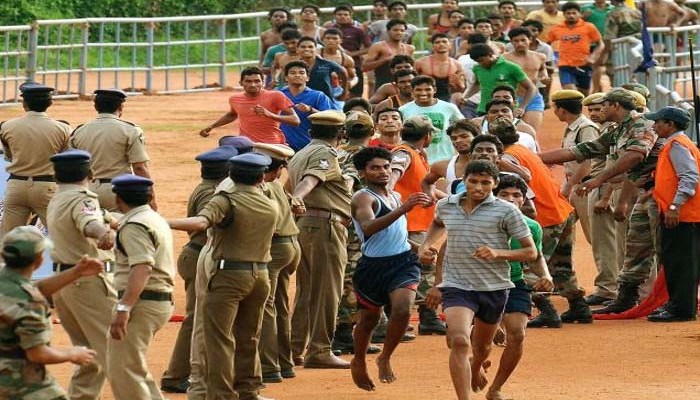 The Indian Army is always an attractive career for the youth, as many are driven by their passion to serve the nation. The Army is now offering a chance to the youth of Gujarat and this might be your call to find your place in the Indian Army.

The good news for the youth of Ahmedabad, who are dreaming to join the Indian Army, is that the Army is planning to conduct a recruitment drive at Sabar sports stadium at Himmatnagar. The rally is conducted for Soldier Clerks and Store Keeper Technical (SKT) posts and will be held from December 8 to 20, 2016.

It should be noted that candidates who are planning to take part in the recruitment rally should log in to the official website of the Indian Army and check their eligibility status before applying online. This should be done between October 9 and November 22. The online applications that are submitted after November 22 will not be accepted. 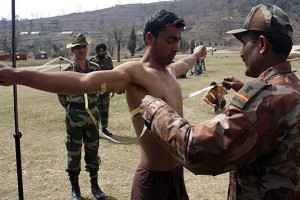 Candidates, who are eligible, will be informed about the date, place, and time to appear for the Army recruitment drive. This will be done via email or through their cell phone number provided during the application submission.

Officials from the Indian Army said that the recruitment drive is being conducted for the candidates from Ahmedabad, Aravalli, Anand, Bharuch, Banaskantha, Chhota Udepur, Dangs, Dahod, Gandhinagar, Mahisagar, Kheda, Narmada, Mehsana, Panchmahal, Navsari, Patan, Surat, Sabarkantha, Vadodara, Tapi, and Valsad districts. Apart from that, candidates from Dadra and Nagar Haveli and Daman Union Territories would also be allowed to take part in the Army recruitment drive.

Soldier Clerk and SKT is the most sought after post in the Indian Army after General Duty (GD). However, these posts are more about paperwork and need greater educational qualifications than General Duty. In addition, the written exam of Clerk Post is more challenging than that of Tradesmen or GD.