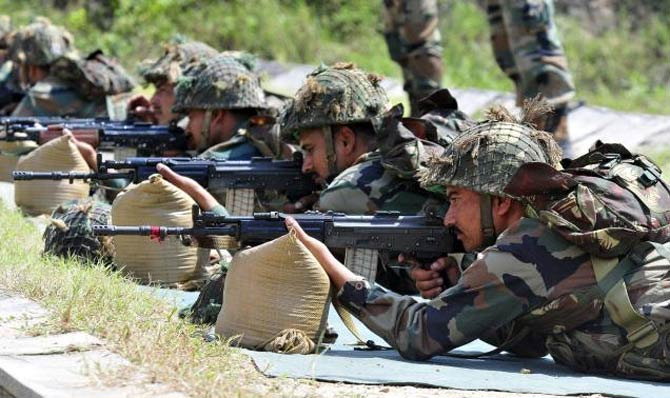 Indian Army is planning to purchase modern assault rifles, helmets, and body armors. This move is a part of the Prime Minister’s $250 billion boost to modernize the Indian Army, as the Indian Armed Forces are often engaged in deadly battles in regions like Kashmir and the northeast border of the country.

The Indian Armed Forces have been relying on Indian made rifles for the past two decades. However, they are now focused to fill their infantry with up-to-date equipment and have already started scouting for 185,000 assault rifles on the global market. In addition to that, the Ministry of Defense is also looking to purchase tens of thousands of bulletproof vests and helmets for added security of the Indian Army soldiers.

However, the plans to purchase modern weapons from overseas has been held back due to bureaucratic delays and because of the military’s desire to balance the requirements of the troops against the efforts to built equipments domestically within the country. This initiative came under the “Make in India” program organized by the Prime Minister Narendra Modi. 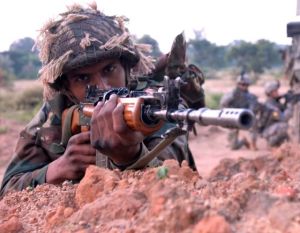 Anit Mukherjee, a former major in the Indian Army and assistant professor at Singapore’s S. Rajaratnam School of International Studies said, “It’s encouraging that they’re going ahead with this, but it’s discouraging that it’s not made under ‘Make in India’. The fact that it took 10 years for Indians to go ahead and say, ‘we’re importing’ means the bureaucracy is still holding back modernization of the armed forces. That’s problematic.”

The Indian Armed Forces currently uses an Indian Small Arms System or INSAS rifle, which was built by the state-owned Ordnance Factory, Kolkata, and introduced in the late 1990’s. However, many Nepalese and Indian soldiers who used the rifle complained that they were unreliable. This forced the ministry to go into the global market in search of the replacement for assault rifles.

The ministry had issued a request for information in order to identify the potential vendors last month. The ministry mentioned in the request that they wanted a larger and much more deadly 7.62 mm model rifle, which will “shoot to kill.” The ministry also added that the country needs approximately 65,000 rifles within 28 months after signing the deal and have asked the manufactures to respond soon. The ministry is planning to issue a tender in April 2017 in order to procure the rifles.