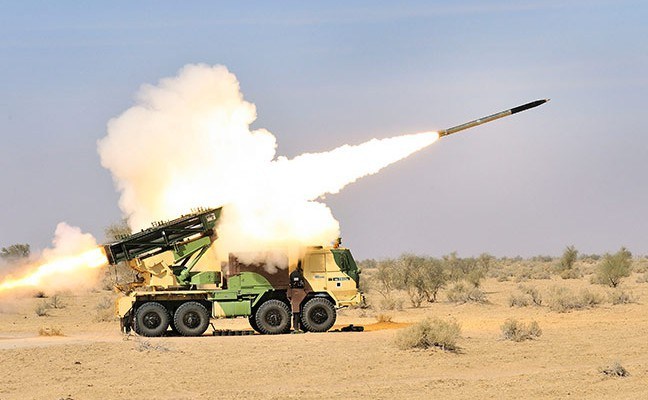 The Indian Army now operates two indigenously developed truck-mounted Pinaka multi-barrel rocket launcher (MBRL) systems. The Army is now hoping to own another eight MBRL systems by 2022, and is looking forward to increase the number of MBRL systems to 22 within ten years to add more firepower to the Indian Armed Forces artillery.

“The first two Pinaka regiments were inducted during 2006-2010. L&T, which supplied the systems for one regiment, has been supporting them on an as-needed basis. The user (Indian Army) has plans for induction of 22 regiments overall and this is likely to be in a timeframe of a decade plus,” said Jayant D. Patil, Senior Vice President and Head for Defence and Aerospace, L&T.

Reports say that the Cabinet Committee on Security (CCS) has cleared the raising of the third and fourth Pinaka systems. The cost for the systems is estimated over ₹3,000 Crore ($441 million). Apart from that, the Defence Acquisition Council (DAC) has also cleared a Request for Proposal (RFP) for six extra Pinaka regiments at ₹14,633 Crore. 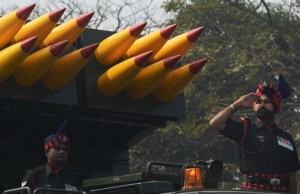 Each of the regiments will include three batteries of six Pinaka launchers, each launcher being capable of launching twelve rockets in a space of forty-four seconds and within a range of forty kilometers. In addition to that, the launcher can support Army vehicles, radar, and a command post. It is reported that the rockets used in the twelve additional regiments will be having an extended range of seventy kilometers. These rockets are in the development phase now.

Speaking about the distribution of the new regiments between L&T and Tata Power Strategic Electronic Division (SED), Patil said that, “Currently, contract signing for two regiments (negotiations for which concluded in January 2011) is under way and is likely to be inked soon The RFP may detail the distribution of systems for the next six regiments. Going by earlier precedence, the RFP is likely within the next few weeks. Thereafter, contracting is likely to be completed in about six months.”