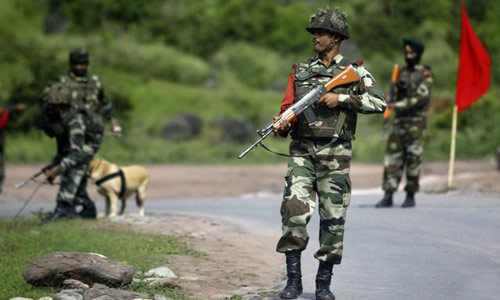 Indian Army May Cut Non-Combat Jobs As Part Of Downsizing

The Indian Army is looking to cut down its 1.2 million strength, especially in the non-combat areas. Army Chief General Dalbir Singh has commanded a study, which will help devise a plan for downsizing the force while offsetting the effects of fund shortage, according to a statement by a top Army official.

General Singh has asked one of his senior generals to bring up recommendations by the end of August to start targeted reductions as a means to improve the tooth-to-nail ratio of the force, including the number of personnel that will be required to support a combat soldier. The officer speaking on this stated that spending cuts have throttled the budget, and the matter of strengthening tooth-to-nail ratio will step up combat efficiency, and facilitate savings. “The roadmap to reform should be ready in three months,” he added.

Still, figuring out the ratio can be complex. The figure required could change depending on the model used for calculation, according to a statement by lieutenant general Philip Campose, who retired as Vice-Chief of the Army. “But at a very basic level, if we talk about an Army division… it has a fighting complement of around 14,000 soldiers. They are supported by around 3,000 soldiers in a logistics role. The size of this tail can be reduced to improve the ratio,” he said.

At this time, the Army holds a sanctioned strength of 49,632 officers, but is short of 9,106 officers. Restructuring the roles of officers may even improve the ratio, Campose said. 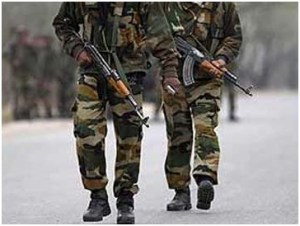 The orders from General Singh will come just five months after PM Narendra Modi opined publicly that “modernisation and expansion of forces at the same time is a difficult and unnecessary goal”. The message clearly means more money should be funnelled into honing combat potential through the use of technology instead of via support elements.

Between 2005 and 2013, the Army cut over 14,000 jobs, which is a small number considering it is the second largest fighting force in the world. Rightsizing is the best option to control the growing expenditure. The study review will help the organization reach at the “most advantageous model of sustenance”, according to an official speaking anonymously, who added that the study “will examine the impact of the ongoing modernisation drive, the spread of automation and improved communications.” It will also emphasize inventory management and identify areas where cutting the civilian workforce is possible.