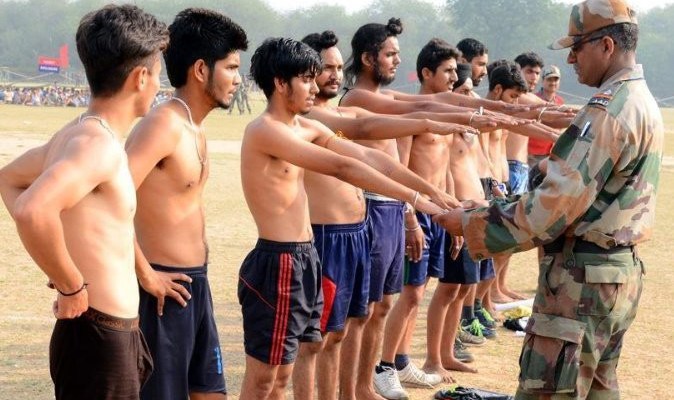 Indian Army recently released an official notification inviting eligible and interested candidates for the Chennai ZRO Army Rally Bharti 2017. The Army recruitment rally will be conducted from July 19 to 25 at the Thiruvannamalai District Head Quarter RO. Aspirants who wish to participate in the recruitment program can submit their application on the official website of Indian Army. More details about Army recruitment rally are as follows.

Indian Army is inviting interested and eligible candidates for the following posts: 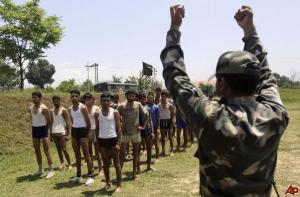 Candidates who are planning to apply for the post of Soldier Technical in the Army should have passed plus two or an intermediate examination in Science with English, Mathematics, Chemistry, and Physics. In addition to that, the candidate should have also secured a minimum aggregate of 50 percent marks and 40 percent marks in each individual subject.

Candidates who meet the above-mentioned educational qualifications can also apply for the post of Soldier Technical AMN in the Indian Army. However, candidates who have completed Diploma in Mechanical, Electronic & Instrumentation, Computer Science, Automobiles, or Electrical Engineering from a recognized Polytechnic Institute in the country are also eligible for applying to this position.

Candidates who meet the education qualification for Soldier Technical in the Indian Army can also apply for the post of Soldier Nursing Assistant. In addition to that, candidates who have successfully completed B.Sc. Degree in Botany, Zoology, or Bio Science, and English can also apply for the post. However, the stipulation of marks laid down at the plus two level is waived off for these candidates.

Candidates who want to join Army as Soldier General Duty (GD) must have passed class tenth by securing at least 33 percent marks in each subject and a minimum aggregate of 45% mark in plus 2, excluding the additional subject. The marks percentage will be waived off for candidates with higher qualifications.

Finally, candidates who are applying for the post of Soldier Tradesman in Indian Army should have scored a minimum aggregate of 60% marks and at least 50 percent marks in each individual subjects in class 12. Visit the official notification from Indian Army to know more about the recruitment process.