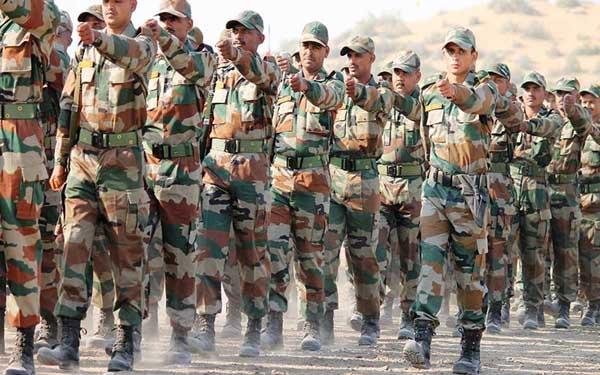 Indian Army also held a passing out parade for the young candidates last week. More than a thousand people from all over the state, including the relatives and parents of the newly commissioned Army soldiers, attended the parade. In addition to that, there were also military delegates from the Indian Army too.

Brig. S.G. Chavan, who is the Commandant of Jammu and Kashmir Light Infantry Regiment Centre, reviewed the passing out parade of the young soldiers. The Brigadier applauded the newly commissioned young soldiers and highly praised them for deciding to dedicate their life for the service of their nation.

He noted that the 226 young candidates who were selected in the Indian Army came from different religious groups of Jammu and Kashmir. He also added that the marching of these young soldiers to the tune of India’s national anthem reflects the solidarity of the nation. 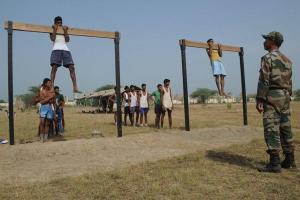 In addition to that, he also stated that the decision made by these young candidates from Jammu and Kashmir to join Army and serve the nation would motivate hundreds of youths from the state to attend the Army recruitment rallies. He also firmly believes that this will also urge the young candidates to strike hard during the recruitment programs to become a part of the prestigious Indian Army.

The commissioning of these young soldiers comes right after the demise of a BSF jawan, Rameez Ahmed Parrey. Lashkar-e-Taiba militants killed the jawan a few weeks ago. The Deputy Chief Minister of Jammu and Kashmir, Nirmal Singh condoled the demise of the jawan and said, “The cowardice of the militants has been exposed. They have few takers now in the Valley. The people of J&K are supporting the Army and will ensure that insurgency is totally wiped out.”

It seems that the Indian Army is planning to host more recruitment rallies not just in Jammu and Kashmir but all around the country. This will provide an opportunity for eligible and interested young candidates to serve the nation.