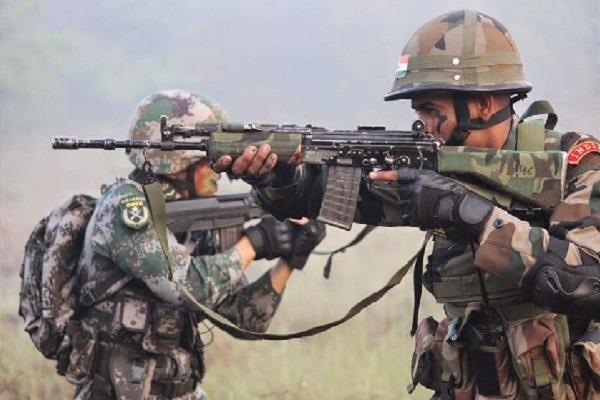 The Indian Army has finally received the modern ballistic helmets after a long wait of two decades. This is yet another reason for the Indian youth to join Army. Earlier this year, a Kanpur based company named MKU Limited that supplies military devices and equipments to the NATO and UN was offered a contract of 180 crore rupees to make 1.6 lakh Army helmets that are fitted with 13 mm trauma protection pads.

Sources said that the first batch of helmets was delivered to the Indian Army recently. These helmets are capable of bearing the impact of 9 mm ammunition that is fired from short range and meets the global standard for protection among the various leading armies. These helmets are designed to be used comfortably and can be integrated with night vision and communication gadgets. NDTV reported that this is the first large scale order of military helmets made by the Indian Army in the last two decades.

A bulletproof helmet has become an essential part of a soldier’s kit and can prove to be the difference between life and death for a soldier during the combat operations. However, the Indian Army soldiers were not provided with these helmets for long. Indian soldiers relied on patkas, which were worn over old and outdated infantry helmets to escape from the enemy fires. However, these helmets had many limitations, the most prominent one being the weight. These outdated helmets weigh more than 2.5 kilograms and are capable of offering protection only to the forehead and backside of the head. 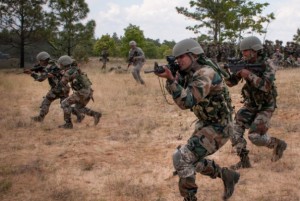 The latest lightweight bulletproof helmets from MKU Limited can bear impacts from short ranges and has a main protective layer of Kevlar, a sturdy material used even by the comic character Batman for its toughness. Even though the helmet will not let the Indian Army soldiers do things that Batman does in the DC Comics world, it can definitely save them by taking the impact of bullets.

MKU Limited said that the helmets undergo rigorous ballistic lab tests and quality tests that are conducted in the testing facility of the company in Germany and India.