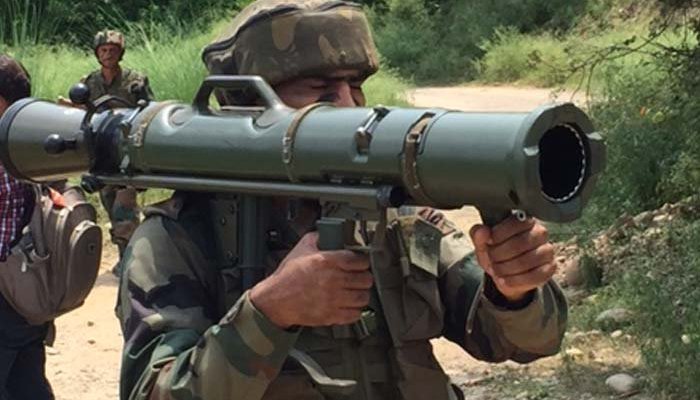 Under Prime Minister Narendra Modi’s “Make in India” initiative, the Indian Army is rolling out proposals for using the Indian industry for meeting its various needs. Concerning this, the Army is conducting several interactive sessions with the academia and industry professionals to highlight the importance of the indigenous manufacturing sector. This is specifically focused to meet the various battlefield scenarios in the future by making technological advancements in the military field.

The Deputy Chief of Army Staff, Lieutenant General Subrata Saha attended one such event last week at Jharkhand’s biggest industrial hub in Adityapur. There, he selectively addressed a gathering of both the academia and industry professionals, stressing upon the importance of the huge potential for industries in India to contribute in the increasing military demands of the army.

“The Indian army’s strength is nearly 1.3 million. Hence, the range, scope, width and depth of requirement from the industry are enormous,” Lt. Gen. Saha said. “As part of our outreach programmes, we are travelling to the regional industrial hubs across the country conveying them on Indian army’s modernization requirements and together we are exploring the capabilities of developing everything indigenously.”

As a part of the “Make in India” initiative, the Army is also exploring options to use indigenous manufacturing for all its requirements. “But as part of this whole Make in India exercise, we are targeting to drastically cut down the imports,” Lt. Gen. Saha said. At present, nearly 60 percent of the military requirements of the Indian Army are dependent on import from other countries. 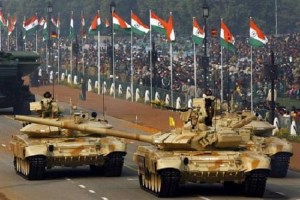 Accompanying Lt. Gen. Saha were two brigadiers who gave a detailed description of the requirements of the various units of the Army. This includes the infantry, armory, artillery, air defense, and signal systems. They also stressed on the advantages of joint ventures with the industry and the academia that meant satisfying the battlefield requirements by acquiring latest technology.

MP Jalan, the Chairman of Ramkrishna Forgings, stressed the contributions that Aditya industries can deliver to the Army. “The Indian Army is like an ocean and there is tremendous scope for the Indian industries to associate with them,” he said.

The Indian Army has also engaged in several tie-ups with the premier institutions in the country and the IIT’s of both Mumbai and Gandhinagar. Reports say that these tie-ups include the opening of defense technology centers in developing future military technologies.