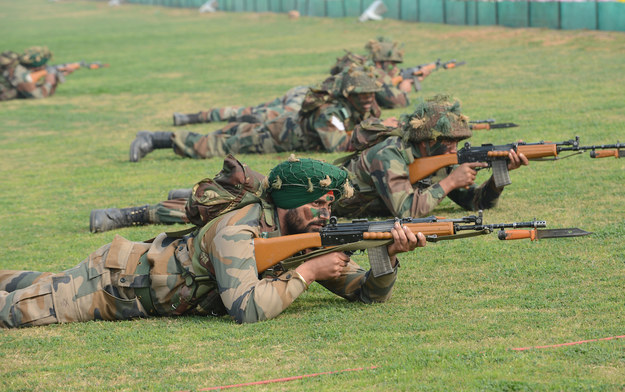 The Indian Army’s skill development program in Kashmir ended on Wednesday with a felicitation ceremony for the successful youth trainees. The ceremony was conducted at the Degree College in Poonch, and about 330 youngsters took part in the event.

The trainees were given expert coaching in a variety of high demand fields like carpentry, agriculture, horticulture, driving, vehicle repairing, computer operation, plumbing, fitting, and hand embroidery. The program particularly aimed at the youth of Kashmir and was highly successful in training them in their preferred fields.

The Indian Army started the course last year as a pilot project of the “Skill Development: Future of J&K”, an initiative by the Romeo Forces, Jammu and Kashmir. The project was a part of the “Pradhan Mantri Kaushal Vikas Yojna”. The successful candidates of the program were given the National Council for Vocational Training (NCVT) certificates and kits by the General Officer Commanding of the Romeo Force, Maj. Gen. Yogendra Dimri.

Maj. Gen. Dimri went on to elaborate to importance of the program by calling for continued support for the certificate holders from civil and financial institutions. In the ceremony, the Major General extended his gratitude to Mr. Mohamad Harun, District Development Commissionmer of Poonch, for offering the necessary financial assistance and entrepreneurial guidance to the selected candidates.

Many other esteemed dignitaries were invited for the function as well, and a prominent name was the Director of DGET, Mr. Dinesh Nijhawan. DGET is functioning under the Ministry of Skill Development and Entrepreneurship, and the efforts of Mr. Nijhawan were instrumental in the successful coordination of the project. 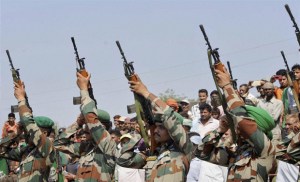 In his speech, Mr. Nijhawan emphasized on the various initiatives taken by the Government of India for Skill Development. He also spoke on the many ways in which Kashmiri youth can benefit from such programs in leading a successful life.

Also present among the invited guests were Sandeep Singh, Professor of J&K University. He appreciated the successful venture taken by the Indian Army and made a request for the civil administration for implementing the model in other districts across the country.