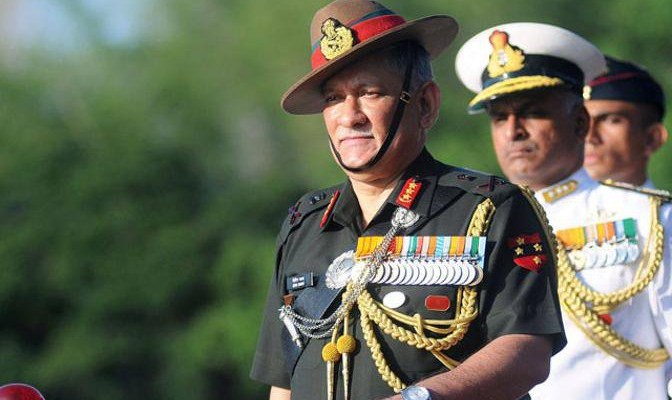 Indian Army Chief, Gen. Bipin Rawat is planning to visit Nepal on March 28 to 31, on the point of the planned visit of the Defence Minister of China Chang Wanquan. The government of Nepal invited Rawat soon after he took charge as the chief of Indian Army. “The main purpose of the visit is to confer the honorary title of Nepal Army to General Rawat,” said Nepal Army spokesperson Gen. Tara Bahadur Kari.

It is reported that the Nepal president Bidhya Devi Bhandrai will confer the title to Gen. Rawat on March 29, for his “commendable military prowess and immeasurable contribution to fostering India’s long-standing and friendly ties with Nepal.” It has been a custom between the Indian Army and the Nepalese Army to confer the title to their army chiefs since 1950. This is done to signify the close military ties between the friendly neighbors. 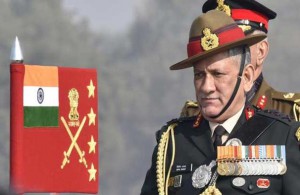 Issues about the purchase of military software and hardware for the Nepal Army will be discussed as they make most of the defence and military purchases from India, which includes helicopters also. The proposed three-day visit of Chinese Defence Minister to Nepal and the upcoming China-Nepal joint drill has made some disturbances in Delhi as Chang is planning to push Nepal to be a member of the One Belt initiative of China, which is a flagship foreign policy initiative.

The program schedule of the visit of the Chinese Defence Minister is not yet made public and the visit is closely followed in New Delhi, as China is pushing for joint military exercise and potential military and defence cooperation between Beijing and Kathmandu. Latest reports suggest that after finishing the Nepal visit, the Chinese Defence Minster will leave for Sri Lanka and Bangladesh.

The government of Pushpa Kamal Dahal cannot say no to Beijing for the visit of the Chinese Defence Minister, as he himself is visiting China this week to take part in Boao Asia Forum in the Hainan Province.