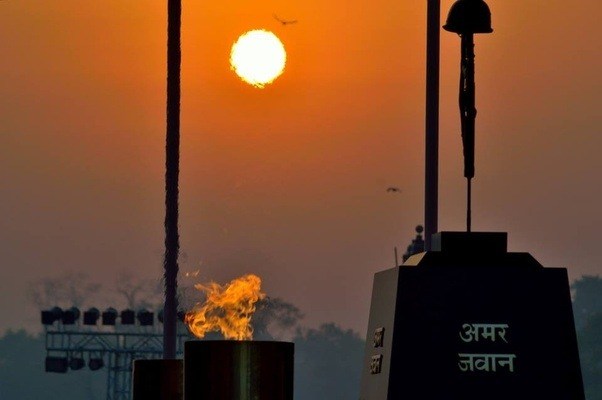 The Indian Army celebrated the International Peacekeeping Day in honor of the peacekeepers who have sacrificed their lives while serving in various missions around the world. Alongside that, the UN Peacekeepers Day was observed as a tribute to those who have previously served and are currently serving in numerous peacekeeping missions of the UN.

This year’s theme was “Investing in Peace Around the World.” During the celebrations, the United Nations Resident Coordinator in India, Yuri Afanasiev read the UN Secretary General Antonio Guterres’s message.

He stated about the huge sacrifices played out by the UN Peacekeepers in ensuring the stability of vulnerable regions in the world. In the previous year, about 117 peacekeepers have lost their lives while serving in the UN Contingents across the world. Moreover, Yuri stressed on the important contribution made by the Indian Army in serving the UN’s peacekeeping missions and offered tribute to the two Indian soldiers who laid down their lives while they were on duty. 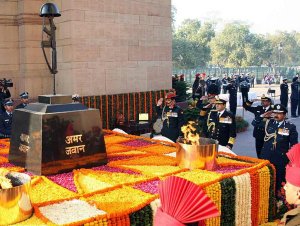 Rifleman Brijesh Thapa, who served in the United Nations Organization Stabilization Mission in the Democratic Republic of Congo, and Sepoy Ravi Kumar, who served in the United Nations Interim Force in Lebanon (UNIFIL), lost their lives during UN peacekeeping missions last year. Indian Army and the UN personnel observed a two minutes silence to honor the sacrifices made by these brave martyrs in ensuring peace and stability in the regions served.

India is the largest contributor of personnel and forces in the UN Peacekeeping Force. The Indian Army has supplied about 20,000 of its own troops for serving in as many as fifty peacekeeping missions undertaken by the UN in the past few decades. Currently, the Indian Peacekeeping Contingents are deployed along Central Africa and the Middle East for protecting refugees and to aid in deportation and rescue of stranded civilians caught in the conflict zones.

Lt. Gen. Sarath Chand, Vice Chief of Army Staff, conveyed the keynote address in the event. He stressed on the significance of the Indian contribution to the UN efforts and congratulated the Indian Peacekeeping Contingents for their bravery and dedication in the upkeep of the fundamental values of peace and security of the UN in different parts of the world.

Lt. Gen. Chand also highlighted the changing nature of such missions and the various challenges that must be overcome in the future. The celebration event organized by the Indian Army witnessed the participation of various diplomats, ministerial officers, veterans, UN Country Teams, and students from different universities.