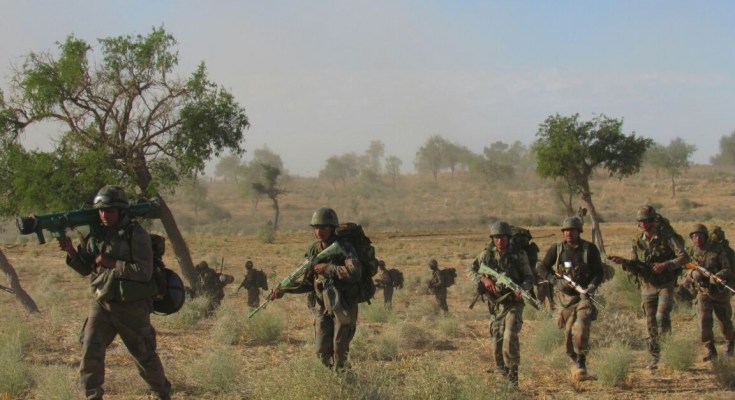 As a measure to enhance the combat and offensive capacities, the Southern Command of the Indian Army took part in a major military exercise titled ‘Hamesha Vijayee’ in the deserts of Rajasthan. Started on December 16, the exercise concluded on December 22, offering a great preparatory training for the forces in dealing with any kinds of threats both internal and external. The aim of the military exercise was primarily to assess the strike capabilities of the Indian Armed Forces mainly in its potential to carry out strikes deep inside the enemy territory.

The ‘Hamesha Vijayee’ exercise involved the participation of about 40,000 personnel of the Army. The Air Force was also involved in the exercise using their various arsenals such as the Sukhoi and helicopters. During the concluding day on December 22, the exercise showcased a live attack on the enemy army in the presence of the Army Chief. Defence Minister Nirmala Sitharaman visited the area where the exercise was held on the last day to witness the progress of the event. 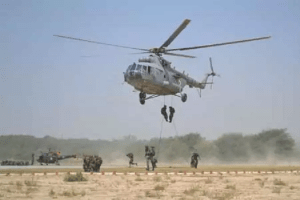 According to an Army statement, “This exercise, which showcases a high degree of synergy between the Army and Air Force along with new-generation aviation assets of the Army, will be reviewed by a large number of senior officers of both the services to obtain inputs for further refinement of operational procedures. The Southern Command undertakes such exercises at regular intervals to ensure a high degree of battle-readiness as well as validation of operational plans using modern weapons and equipment.”

Many other units were also involved in the exercise such as the 12 and 21 strike corps under the guidance of the Southern Command. Various other units such as the 41st artillery, 11 Infantry Divisions, and 12 Infantry Divisions from Pune, Bhopal, Jodhpur, Jhansi, and Ahmadabad also participated in the exercise. As a part of the exercise, the Southern Command, which has its headquarters in Pune were undergoing extensive training.

An Army officer said, “This effort is unique in its scope and scale, and is being conducted in battle-like conditions. The key aim is fine-tuning surveillance and destruction mechanisms to support precision strikes and maneuvers by network-enabled forces. There is strong emphasis on joint operations. The exercise would also test sensor to shooter grids by employing a vast array of surveillance and air assets, which are networked with land-based strategic and tactical units.”

He further added, “Besides large-scale conventional warfare, troops will also be rehearsed to operate in the backdrop of chemical and nuclear contingencies. It must be highlighted no important offensives are possible with just one arm of the military. The joint exercises, where two or all three forces join hands, will be conducted more frequently in the future.”