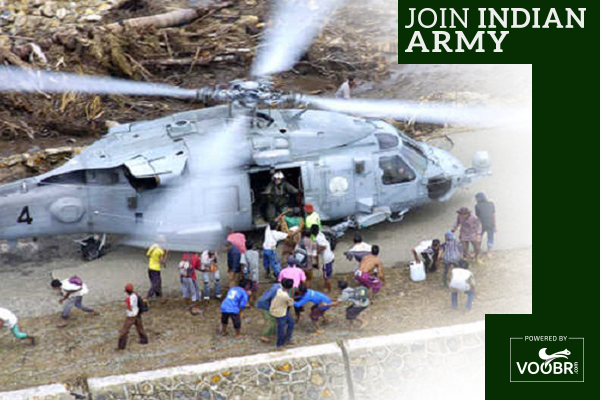 The Indian Army played a pivotal role in the rescue and rehabilitation of those affected by the Tsunami in 2004. The factors that brought appreciate to the Army for its commendable work during the disaster are listed below:-

(i) Response- The speed, with which the Indian Army was able to deploy its columns in the first 6 to 9 hours, followed by a systematic build up over long distances, is perhaps proof of the credibility of our humanitarian response machinery.

(ii) Mobilisation- The Army mobilized over 8300 troops, suitably grouped into composite task forces, for rescue and relief operations, not only in the Southern peninsular regions of Tamil Nadu, Pondicherry and Kerala, but also overseas in Andaman & Nicobar Islands and Sri Lanka.

(iv) Rehabilitation- Further the army was involved in rehabilitation and reconstruction operations for a sustained period of 6-9 months. All possible tasks like restoration and manning of essential services, restoration of surface communications to include launching of bailey bridges and operation of ferries, erection of temporary dwelling units and toilets, enforcement of hygiene and sanitation measures to prevent an epidemic outbreak, trauma and psychological counseling, as also informative classes on employment and recruitment opportunities for youth were undertaken.