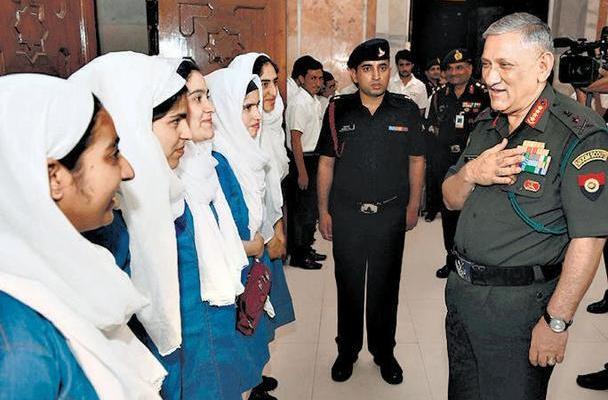 Nine underprivileged Kashmiri youngsters have entered the Indian Institute of Technology, thanks to the entrance coaching of Indian Army Super-40 coaching center situated in J&K. According to an Indian Army spokesperson, the nine candidates have cleared the JEE (Advanced) entrance exam out of a 60 probable Kashmiri youths. Clearing the JEE entrance gives a coveted entry to what is inarguably the best engineering institute in India.

Reliable sources indicate that this puts the Super-40 coaching center’s position at par with some of the best engineering entrance coaching centers in India. The selected students come from Kashmir only, a war-prone area and home to the LOC between India and Pakistan. The future IITians also had talks with the Army Chief, General Bipin Rawat and thanked the Indian Army for their initiatives in the region.

“The success achieved this year was overwhelming with 9 out of a 36-student batch having qualified,” said an Army representative. Since 2013 onwards, the Kashmir Super-40 coaching initiative has been conducting classes with able support from Petronet LNG Ltd. and Centre for Social Responsibility and Learning. The center has been an entrance coaching platform for the underprivileged youth of Jammu and Kashmir thus far. “Free lodging and boarding along with coaching are provided to the selected 40 students of J&K for 11 months,” the Army official added. 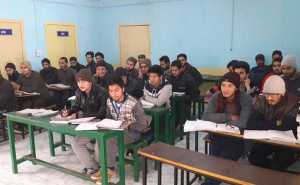 Earlier this year, 26 young boys had cleared the JEE (Advanced) entrance exam for engineering. For the first time in the center’s history, five girls were part of the Super-40 camp were selected in IIT, whereas two girls got a priced ticket to pursue engineering in Jamia Milia Islamia institute at New Delhi.

Meenakshi Shai, in-charge of the Super-40 batch camp, said she hopes that the engineering coaching center would show better progress in Kashmir this year. “This Super-40 batch has been in existence for the last three years,” she said. “In the first year, not one student from the batch could crack JEE. Last year, 30 students from the batch took the JEE Mains. Out of them, 25 students cleared the JEE Mains and seven cleared the JEE Advanced. This year, the number of students who cleared the JEE Advanced has increased to nine. We hope the number will keep increasing by the year.”

The Indian Armed Forces alongside the Army recruitment wing and National Cadet Corps are proud of the changes shown in the Kashmiri youth. Army Calling salutes such progressive initiatives by the Indian Army.