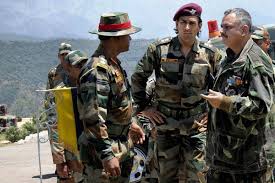 Indian Army is one of the best establishments to recognize sporting talents across the country. Besides having many sportsmen among it ranks, it also felicitates deserving sportsmen with honorary positions.