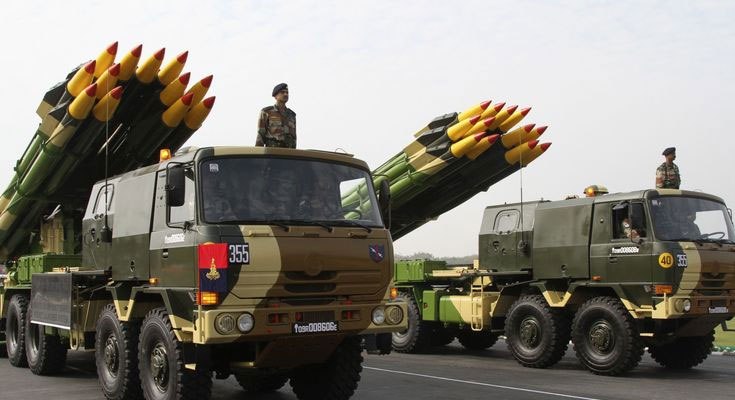 The recent steps taken by Pakistan to weaponize its tactical nuclear weapons have put India on the defensive side. Now the Indian government is considering several measures to enhance its firepower with the recent proposal of developing Pinaka guided rockets for the Indian Army that would counter the threat posed by the neighboring country. The tactical nuclear weapons deployed will be a threat to the tank regiments, which are used in the border areas.

According to government sources, “The Pakistanis have been flaunting their tactical nukes which they have developed with the help of the Chinese. At present, we don’t have these weapons in our arsenal but if asked by the government, we have the option of developing the Pinaka guided rockets for delivering nuclear warheads at small ranges.” By inducting Pinaka rockets into its arsenal, the Indian Army can enhance its firepower capabilities to match its adversary.

Developed by DRDO, the Pinaka rockets are designed to be used on a multi-barrel rocket launcher. It is designed to destroy enemy tanks and moving targets within a range of about 70 to 80 km. This missile system is developed together by the Armament Research and Development Establishment (ARDE) and Defense Research and Development Laboratory. The latest in these series of rockets is the Pinaka Mark II. 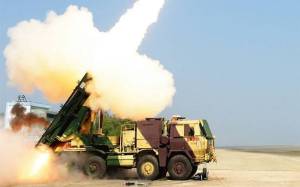 It has advanced features such navigational and guidance control that enable it to strike targets with precision. The Pinaka rockets can be fired using a multi-barrel rocket launcher (MBRL). Its quick fire rate and destructive capability will be of advantage to the Army in neutralizing any threat, especially during any low-intensity combat scenario. Moreover, these rockets can be fitted with different types of warheads making it highly effective in destroying any kind of enemy installations.

The Indian Army has used the Pinaka rockets during the Kargil war, where it was successful in destroying many of the enemy positions. The government is planning to induct these rockets into the Army ahead of the widespread fears that Pakistan will use the tactical weapons on Indian soil. These tactical nuclear weapons are reported to be stored by Pakistan in different locations, which include several short-range missiles, artillery shells, and torpedo missiles.