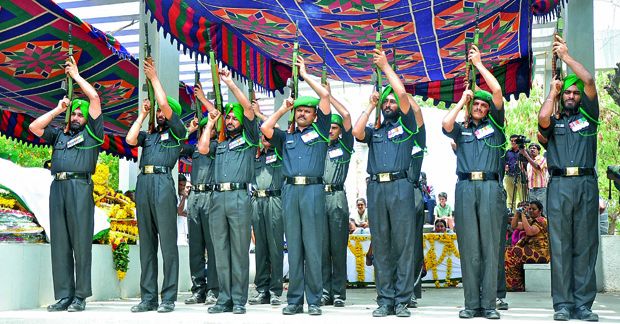 Major Mukund Varadarajan, hailing from Chennai, Tamil Nadu is the fourth recipient of the Ashoka Chakra from the state. His grandfather and two of his uncles also served in the army and this motivated Varadarajan to join in the Indian Army.

Varadarajan was an alumnus of Officers Training Academy, and after graduating, he was commissioned as a Lieutenant in the Rajput Regiment (22 Rajput) in 2006. He served at the Infantry School in Mhow, Madhya Pradesh and was part of a United Nations Mission in Lebanon. In December 2012, he was deputed to the 44th Battalion of the Rashtriya Rifles and posted in the Shupiyan district of Jammu and Kashmir.

On 25 April 2014, he led an anti-terrorist search operation to clear Qazipathri village of terrorists. During the operation, his team came under heavy fire. The officer responded swiftly, and killed three terrorists of the Hizbul Mujahideen who were responsible for killing election officials 24 hours earlier. However, he was gravely injured during the assault and was evacuated but he died due to the injuries.
For his brave actions during the operation, he was awarded the Ashok Chakra, India’s highest peacetime gallantry award in 2014, for displaying valor beyond the call of duty.