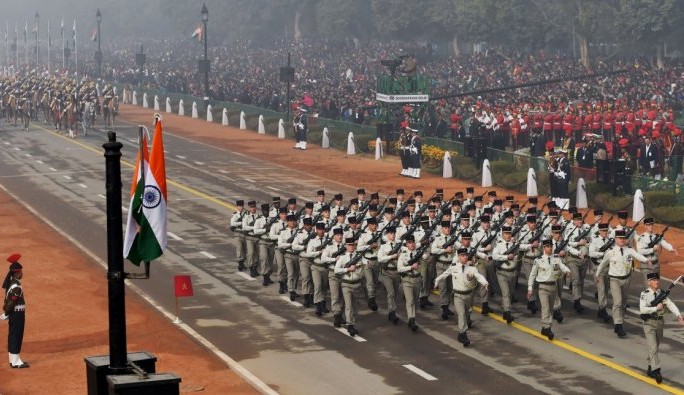 The Republic Day parade every year is consistently better than the one before it, and this year was no different. On Jan 26, India witnessed the first time a foreign Army marched alongside its own troops for the upcoming celebrations in New Delhi.

The guest of honor was French President Francois Hollande, who was here on a three-day visit to solidify ties between the two countries. This is not the first time a French leader has been hosted as chief guest at out parade; three others have received the same honor.

In 2009, the Indian Armed Forces had participated in a reciprocator-y march for the Bastille Day military parade along Champs Elysee. The chief guest of honor then was former Prime Minister Dr. Manmohan Singh.

For the Republic Day parade, Lt. Col. Paul Bury of the French Army’s 35th Infantry Regiment led 76 soldiers who comprised the first-ever foreign military contingent to participate in the celebrations. 35th Infantry Regiment is one of the oldest regiments of France, dating back to 1604. Marching together with Indian regiments, they were spectated by an audience including President Pranab Mukherjee and Prime Minister Narendra Modi. Lt. Col. Bury has commented that marching on the Rajpath is a matter of pride and honor for his men.

Their Forty-eight-member ceremonial band, named ‘The Music of the Infantry’, played two military tunes to the cheering of onlookers. 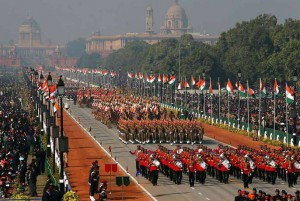