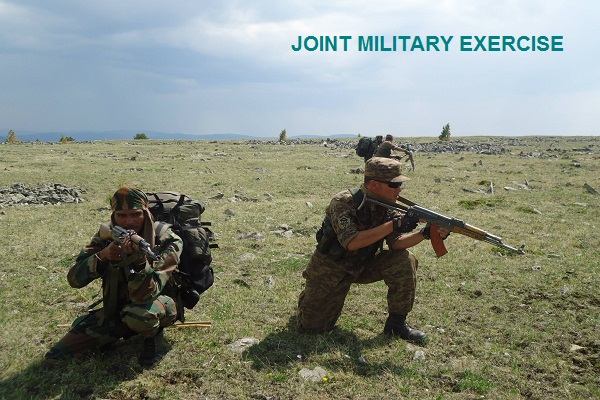 As part of the effort to test the battle capability and acquire advanced skills in warfare and tactic, the Indian Army has been conducting training exercises with the Mongolian Army. The first exercise took place in 2004, and these exercises have since been taking place every year. In 2012, the exercise took place in Belgaum, and in June 2013, they were held in Mongolia. The aim of the exercises is to enhance counter insurgency and counter terrorism operations, and conduct peacekeeping operations under the mandate of the United Nation.