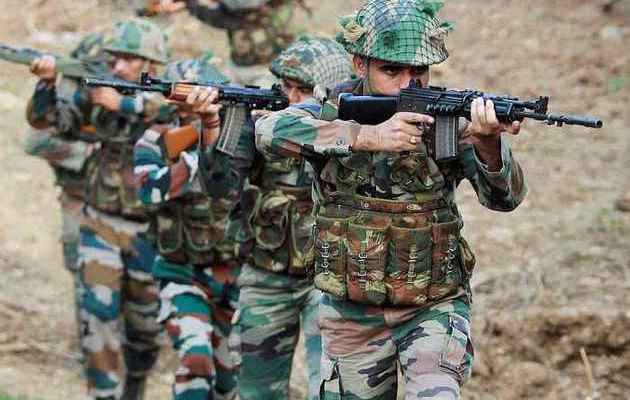 The Ekuverin joint exercise aims at a transfer of knowledge and related combat procedures opted by the two armies. This includes the strategies and procedures used in a variety of military operations such as counterinsurgency, counter terrorism, as well as urban and semi-urban combat. This will enable the Indian Army and the armed forces of Maldives to learn from each other and strengthen their existing strategies of warfare and combat. 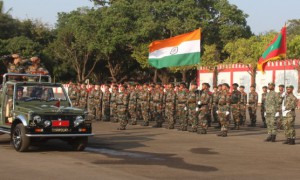 The exercise will offer a unique opportunity for the two armies to display their skills and further improve their tactical and technical skills in warfare. This can greatly enhance the cooperation between the two nations thus paving the way for better bilateral relations in these times. As a part of the exercise, the two armies will activate the Joint Operations Centre located at Belgaum in Karnataka.

Participating in the exercise is a team representing the Maldivian National Defence Force that includes 2 officers and 43 personnel from other ranks. Representing the Indian Army are three officers, three Junior Commissioned Officers, and 39 other ranks of the Gorkha Rifles Battalion. As a part of the opening ceremony, the army aviation team performed a flypast.

The contingents armed forces from both the countries have performed a march past along with the Gorkha Regiment. Numerous other cultural programs were organized as a part of the inaugural ceremony of the joint exercise. A ‘Gatka’ and a martial arts program were also conducted during the opening ceremony. A senior Indian Army officer addressed both the contingents before the commencement of the military exercise.

According to an Army statement, “Maldives shares very close ethnic, linguistic, cultural, religious and commercial ties with India. Exercise Ekuverin helps in further strengthening of the ties between the two nations.” Besides, this new edition of the joint exercise will further guide the two nations to foster close relations in the future in the areas of defense, economy, social and infrastructure.