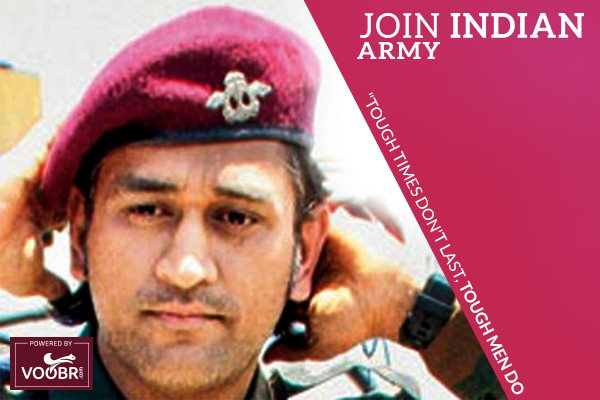 We all know Mahendra Singh Dhoni as a cricketer who brought two Cricket World Cups to our nations. However, what many of us don’t know is that the proudest moment in his life was when he accepted the rank of honorary lieutenant colonel in the Parachute Regiment.

In a freewheeling interview with a cricket website, Dhoni said, “From when I was a young boy, I read books on weapons and tanks and combat. I was so interested in the army. Then later, my profile as an Indian cricketer allowed me access to the real thing so I spent time with soldiers. I had friends in the Special Forces and heard their stories of missions, the risks they take, the commitment they must have to succeed. I met the chief of the Army Staff and told him about my lifelong fascination with the military. I asked if it was possible to become involved myself. Incredible as it may seem, he took a recommendation through various channels that finished up with the president of the country. The result of all this is was that I became an honorary lieutenant colonel.” Dhoni recalled that it his father’s strict nature that taught him respect and punctuality.

He was conferred the honour for outstanding contribution in the field of sports and his commitment to the Army on various occasions.